‘Our future is in jeopardy’: Ex-CIA director believes Russia may be blackmailing Trump 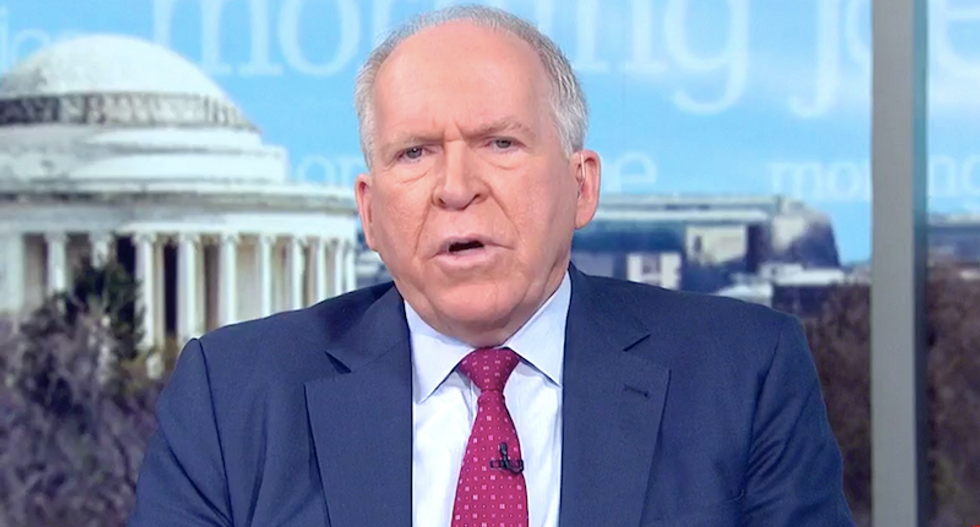 Brennan, who led the intelligence agency from 2013 to 2017, joined NBC News as a paid contributor last month, and he explained on MSNBC's "Morning Joe" why he had become an outspoken critic of the Trump administration.

"I decided to put my silence aside and speak up and speak out because I do think our future is in jeopardy while Mr. Trump continues his antics," Brennan said.

"I think he is afraid of the Russian president," Brennan added. "The Russians may have something on him personally to roll out and make his life more difficult. Clearly I think it's important for us to improve relations with Russia, but the fact that he has had this fawning attitude toward Mr. Putin, has not said anything negative about him, I think continues to say to me that he does have something to fear and something very serious to fear."