GOP strategist stuns MSNBC host with Trump shocker: 'He is going to fire Mueller' and Republicans will do 'nothing' 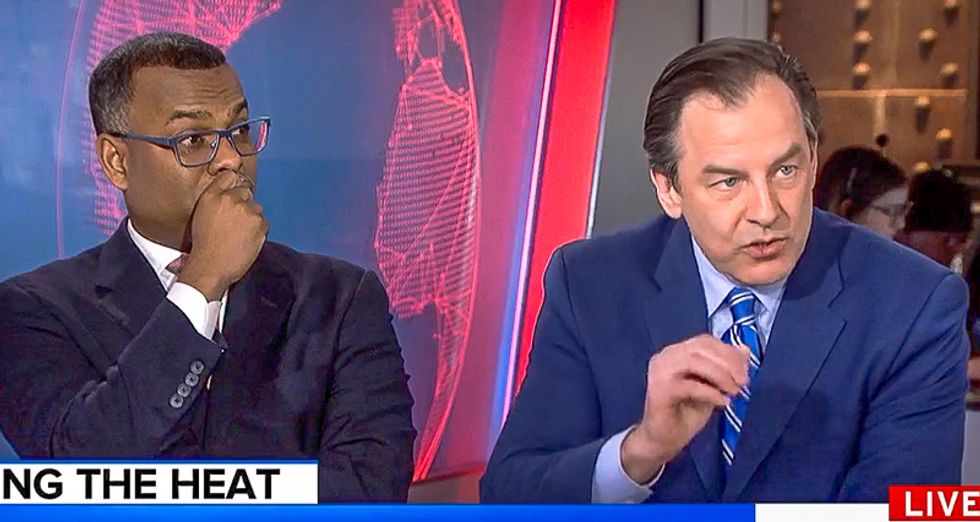 Republican strategist Rick Tyler asserted on Monday that President Donald Trump will eventually find a way to fire special counsel Robert Mueller and Republicans in Congress will do "nothing" about it.

During a panel discussion on MSNBC, host Stephanie Ruhle asked Tyler if Trump was running a campaign to "discredit" special counsel Robert Mueller.

Tyler continued as the other guests looked on in amazement.

"He is now going about -- the reason to fire [former FBI Deputy Director Andrew McCabe], the reason to deny him his retirement is he has to discredit him," Tyler said. "And he has to systematically discredit everybody who's involved in this Russia investigation. And he has now seen that he can do these things without any recourse. The Congress is not going to rein him in."

The GOP strategist predicted Mueller's firing would come "sooner rather than later, before he can get any further... on money laundering or other tangential issues."

"Wow," Ruhle said at the conclusion of the segment. "It is not even 9:30 on a Monday morning and Rick Tyler just knocked my socks off. I wasn't ready for that."