'He got away with murder': CNN legal analyst blasts prosecutors for letting cop who killed Alton Sterling walk 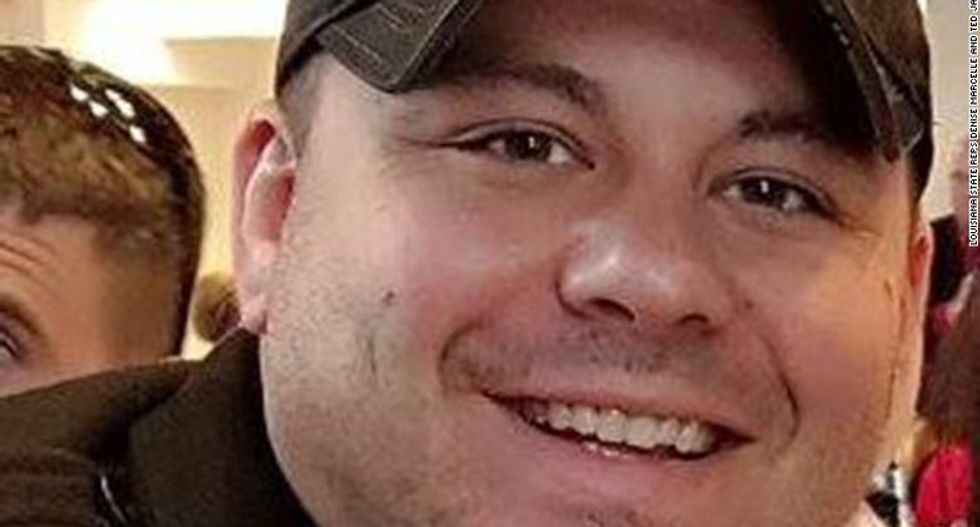 Blane Salamoni, is one of two police officers involved in the shooting of Alton Sterling, 37, outside a convenience store on July 5, 2016 in Baton Rouge, Lousiana Source: Louisiana State Reps Denise Marcelle and Ted James

Reviewing explicit footage of a white Baton Rouge police officer shooting 37-year-old Alton Sterling back in 2016, a defense attorney and CNN legal analyst said a prosecutor's decision to not file charges against the cop meant the officer "got away with murder."

Sitting down with CNN host Christi Paul, attorney Page Pate said that, at the very least, police officer Blane Salamoni, who also threatened and cursed Sterling should have been charged in the shooting and faced a jury.

Following an explanation that the  officer who pulled the trigger was fired instead of prosecuted, Pate said he was stunned by the decision.

"He got away with murder," Pate bluntly stated. "I understand that he was not prosecuted on the federal or state level. I understand that the prosecutor said that he wasn't in fear for his life. That is not the way you are supposed to analyze these cases. The fact that he [Sterling] didn't immediately comply doesn't mean he should die. And that mindset that 'I'm going to pull out a firearm and either you do exactly what i say or I'll shoot you in the street,' that is not how these encounters should occur."

"Which is why that he was fired," Paul replied. "How does this weigh into what could happen in that civil suit?"

"I think it helps the civil case," Pate explained. "The standard will be a little bit different in a civil case. It's not proof beyond a reasonable doubt that he intended to kill Alton Sterling. The standard is, did he violate his constitutional rights, and I think the fact that he was fired from his job for not following the proper protocols and policies that they had in place is good evidence to support the civil case."

"But none of that changes this behavior over time," he added. "I mean, we've seen civil settlements time and time again, but very few prosecutions and even fewer convictions. It is only from the criminal standpoint that I think we'll see any change. Unless we see these folks prosecuted and held accountable, you won't see fundamental change."

"There is no question whether Sterling had a gun or not, but he was not in a position to use that firearm on those officers," the attorney added. "He was not posing an immediate threat to anyone in that area. But juries usually side with cops, they give them a lot of leeway because they recognize it is a dangerous job. So I don't know even if he was indicted that he would have actually been convicted. but that is no excuse not to charge him."