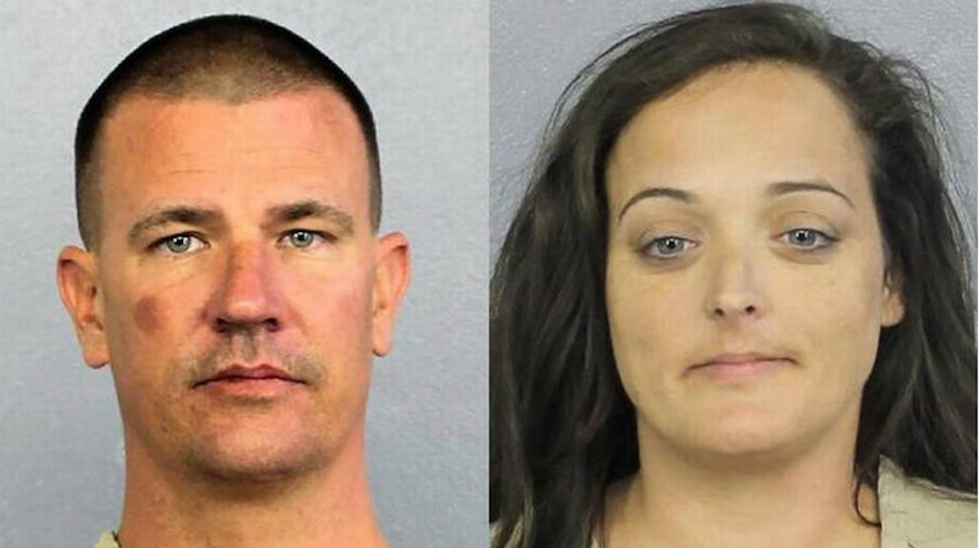 It's been a month since 17 people, most of them children, were murdered in their Florida school.

Ever since, the survivors have been subjected to abuse by conspiracy theorists and told to learn CPR instead of pushing politicians to change gun laws.

But the desecration of the memorial site at Marjory Stoneman Douglas High School may be a new low. A Florida man and woman were arrested for just that, Miami's WSVN reports.

Michael Kennedy, 37, and Kara O’Neil, 40, are being charged with one count of disfiguring a tomb or monument, a third-degree felony. Police say they busted the couple with teddy bears, plaques and pin wheels in their back seat. They allegedly told police that they were going to make their own memorial.

“I took that banner down because I am pro-gun,” Kennedy allegedly told the cops.

"It just doesn't meet the elements, Judge. I object, your honor," Kennedy told the judge at his bail hearing. "A fence is not a monument."