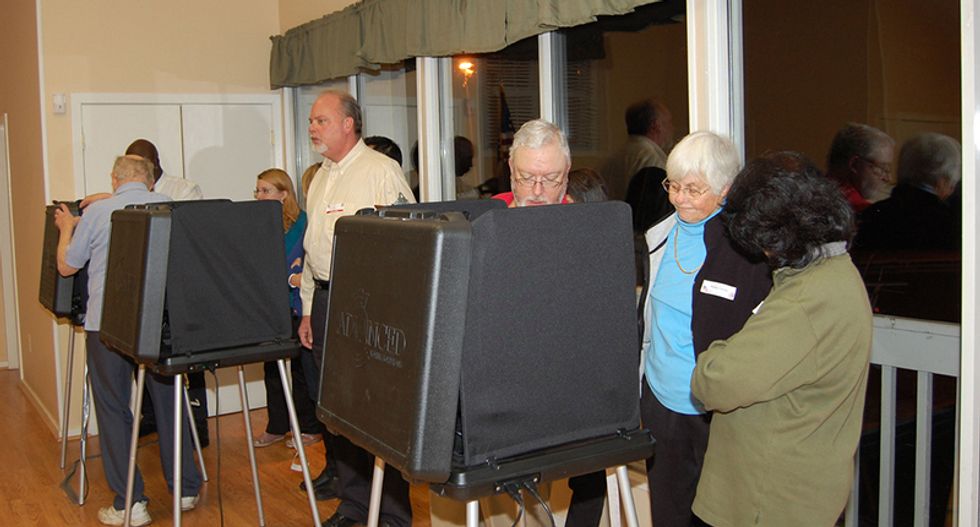 Crystal Mason was just sentenced five years in prison for unknowingly committing voter fraud by voting in the 2016 election. The 43-year-old mother of two had just been released from a 3-year sentence for tax fraud and was on parole. At no point did her parole officer or anyone at the state or local level tell her she couldn't vote. She didn't know and now she's going to prison for it.

Yet, in three other cases of voter fraud, no one went to jail.

In North Carolina, a voter for President Donald Trump cast a ballot on behalf of her mother, who had just died. She claimed that she was grieving the death and didn't know she couldn't vote on behalf of a dead person. In that case, no charges were filed.

“This woman is 67 years old and has never run afoul of the law for anything more serious than a speeding ticket,” District Attorney David Learner said in a statement. “It is not in the public’s interest to charge her with this felony offense.”

In Colorado, the former Republican Party chair filled out his wife's ballot for her and mailed it in. When she went to the polls, she was told she'd already voted, with no knowledge of it. He claimed he was having a "major diabetic episode" and had no memory of filling out the ballot.

In that case, he was given three years of probation and 300 hours of community service.

Another incident occurred in Iowa, Terri Lynn Rote tried to vote twice for Trump. Her excuse was that she believed Trump when he said the "election is rigged." She feared her first vote would probably be changed to support Hillary Clinton, so she wanted to vote again.

In that case, she confessed to her guilt and was given probation with a $750 fine.

Crystal Mason was the only of the group who received prison. There are two major differences in Mason's case and the other convicted voter fraudsters. First, the case was in Texas. Second, she's black.

In a list of punishments doled out, reporter Reid Wilson asked, "Which of these is not like the other?"