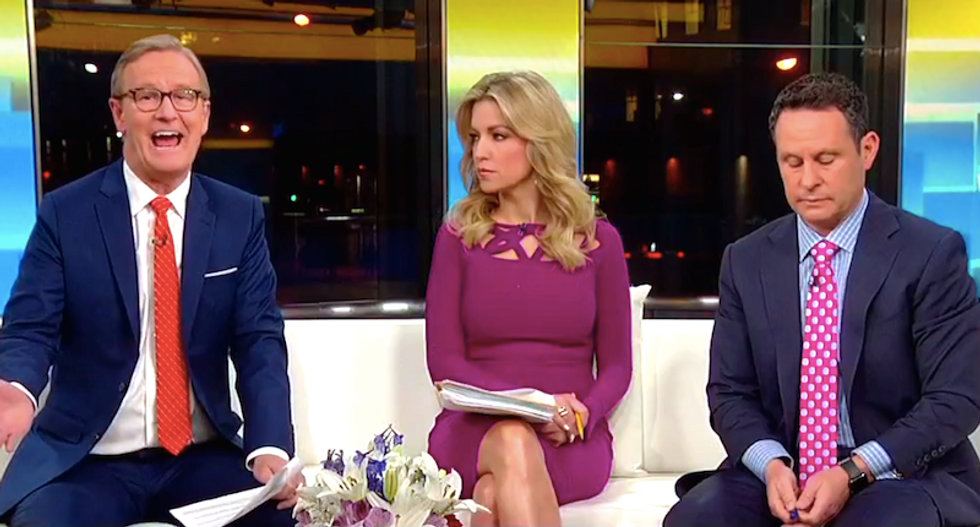 The U.S. president congratulated his Russian counterpart against the warnings of his national security staff, and his Fox News allies amplified Trump's tweeted explanation hours later.

I called President Putin of Russia to congratulate him on his election victory (in past, Obama called him also). Th… https://t.co/GZNDtLqkop
— Donald J. Trump (@Donald J. Trump) 1521658574.0

"The thing about the president he actually is a significantly tougher than the other prior president on Russia," said co-host Brian Kilmeade. "Look, he he has armed the Ukrainians and hit the oligarch list, he went along with sanctions. Three days ago he condemned them for the poison attacks in Britain. Look at his actions, not past his words. Hopefully there is a grand plan."

Co-host Steve Doocy then turned the focus to Obama.

"He did exactly the same thing," Doocy claimed. "He also, if the mainstream media is going to call President Trump and say, 'Hey, I can't believe you picked up the phone to say, congratulations you won.' Look at the things that the president of the United States by the name of Barack Obama did in 2012 -- he congratulated him."

Then co-host Ainsley Earhardt listed all the Muslim leaders Obama had congratulated as president.

"Erdogan has done despicable things with that country as a NATO ally -- consolidated power and jailed the media," Kilmeade said. "For (Obama) to call him, says he gets along with great -- that was abhorrent."