'I'm not new to the rodeo': April Ryan says Sarah Huckabee Sanders put her 'on a list' after Stormy Daniels question 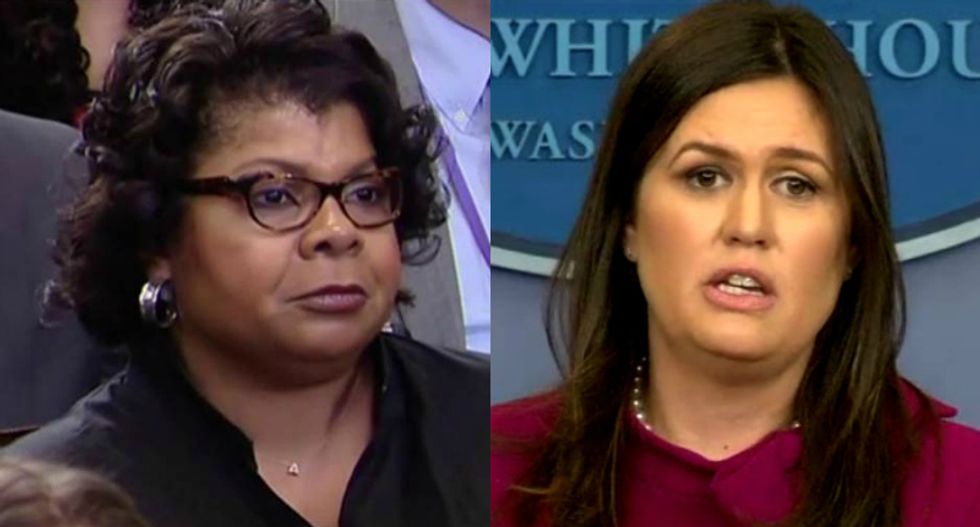 Veteran White House correspondent April Ryan on Tuesday blasted the White House press secretary for refusing to call on her during the press briefing.

In a tweet posted around the time of the briefing, Ryan noted that press secretary Sarah Huckabee Sanders didn't call on her for a question about the president's alleged affair with Stormy Daniels — and noted it wasn't the first time she's had issues with the head of the Trump administration's press shop.

"It is back again," Ryan tweeted. "Not called on today for a question. It has been how long? Oh, my last question was about @StormyDaniels! And, I was just told I am on a list."

"Whatever!" she continued. "I have been doing this for 21 years. I am not new to the rodeo."

Last September, Sanders sparred with the American Urban Radio correspondent over President Donald Trump's attacks on athletes who choose to kneel during the National Anthem to protest police brutality — and the press secretary ironically claimed that the issue is "pretty black and white."

Raw Story reached out to Ryan for comment, and was directed to Sentinel Newspapers' Brian Karem, who noted himself on Twitter that journalists who ask questions the White House doesn't like often end up blacklisted.