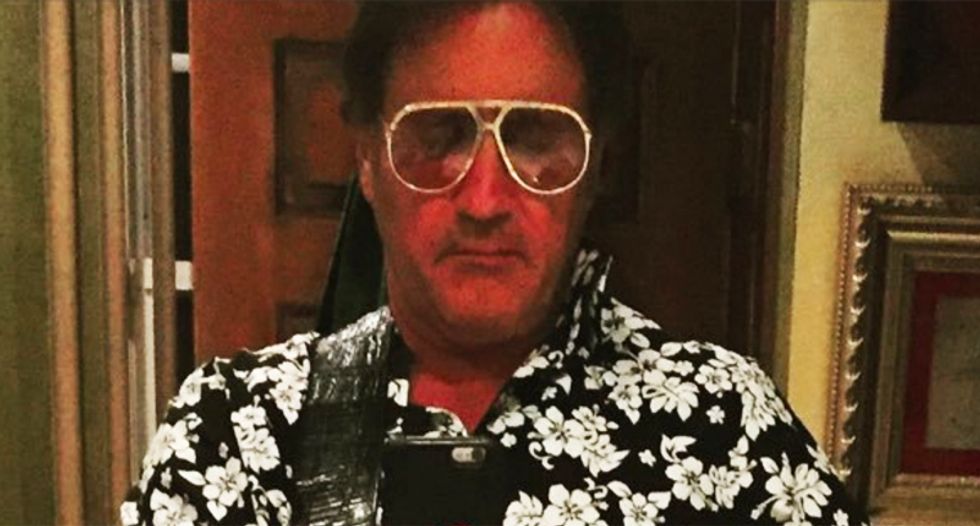 Marginal celebrity Frank Stallone, most famous for being the brother of director/actor Sylvester Stallone, took to Twitter on Saturday to call Parkland massacre survivor David Hogg a "p*ssy" -- only to cowardly delete it after being barraged with criticism and scorn.

Writing on Twitter, Stallone wrote: "This David Hogg p*ssy is getting a little big for his britches. I’m sure someone from his age group is dying to sucker punch this rich little bitch. Watch him run home like the coward he is . He’s the worst rep for today’s youth headline grabbing punk.

After deleting the tweet, Stalone whined that people were calling him a bully, complaining, "Oh I’m a bully but these privileged teens who no respect to anyone have a free path to their arrogance. Most of the dopes that say things only claim to fame is my brother. Look at my resume you uninformed liberal dunce cap wearing clowns."

See a screenshot and responses below:

Stallone’s brother’s days as a public intellectual are done. Frankly even his early shit in Commentary was overrate… https://t.co/8JK89k4kKs
— Josh Marshall (@Josh Marshall) 1522519990.0

By the way, @Stallone just locked his account after deleting this tweet urging violence against a kid who survived… https://t.co/328JVaxQlo
— Chris Jackson (@Chris Jackson) 1522520360.0