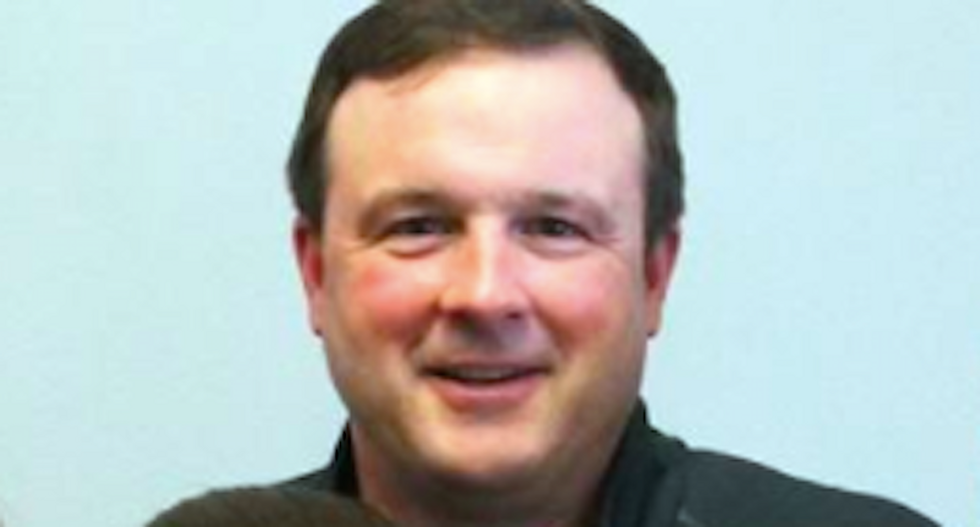 A self-described "family values" conservative has resigned from the Iowa state legislature after he was caught on video kissing a lobbyist who is not his wife.

Iowa Senate Majority Leader Bill Dix (R-Shell Rock) is seated next to the woman on a barstool in the 52-second video clip, which was posted on the Iowa Starting Line political website, when the lobbyist leans over to kiss the married lawmaker, reported the Des Moines Register.

"Effective at 2pm today, Bill Dix resigned his position as Majority Leader and State Senator. I believe he made the right decision for himself and for his district, but most importantly, I believe he made the decision in the best interest of his family," said Iowa Senate President Jack Whitver in a statement.

The incident shown on the video allegedly happened March 1 at the Waveland Tap bar in Des Moines, according to Starting Line.

The website did not identify the woman shown in the video but described her “as a lobbyist for various municipality groups.”

Starting Line also published photos of Dix and the woman sitting close together and talking at the bar.

The woman's lobbying work would include attempting to influence Dix on public policy.

The 18-year legislative veteran is married with three children, according to his statehouse biography.

Dix co-sponsored a constitutional amendment defining marriage as between a man and woman.

"I not only sponsored and voted for this amendment, but I was a leader who helped shepard (sic) this amendment through the Iowa House," Dix boasted in 2006, when he ran unsuccessfully for Iowa's 1st Congressional District seat. "Liberal activist judges are threatening our family values and you can count on me to be a leader in Congress who will stand up to them and work to pass this amendment to the United States Constitution."

Dix was not at his Capitol office on Monday, according to the Register, and a spokesman declined to comment on the video.

Iowa Senate President Jack Whitver (R-Ankeny) told the newspaper that he was unaware of any relationship between Dix and the lobbyist, and he declined to comment on the video.