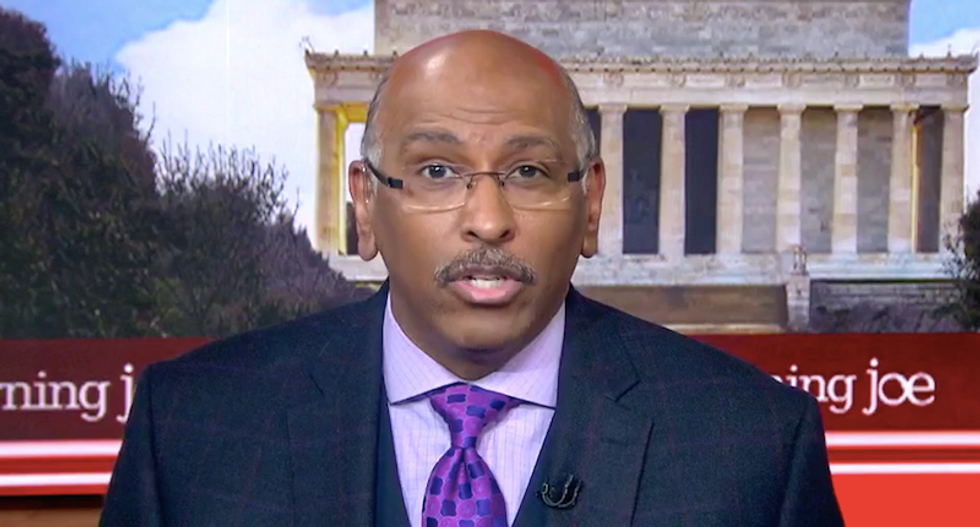 Michael Steele, the former chairman of the Republican National Committee, blasted GOP lawmakers for staying publicly silent on the president's ties to Russia -- which they privately worry about with reporters and one another.

The former RNC chair told MSNBC's "Morning Joe" that he's been troubled by President Donald Trump's attitude toward Russia since his campaign worked behind the scenes to change the GOP platform on Ukraine to favor the Kremlin.

"I have been worried for quite some time," Steele said. "The Trump campaign basically rewrote the platform of the Republican National Committee to more favorably dispose itself towards Russia and its interests, which was a major shift. From that moment to the present, I think there has always been a reason to be concerned or at least question exactly what are the motivations in the intent of this administration with respect to Russia."

Steele said Republicans question Trump's motives all the time, but few of them are willing to go public with those serious concerns -- and he called them out.

"I'll be quite honest with you," Steele said. "I'm sick and tired of the quiet conversation. You have all these folks running around this town sort of whispering in your ear, (saying), 'Oh my god, this is so awful, I don't know what we're going to do,' but then stand in front of a microphone or bank of microphones like we saw in the clip and say nothing."

Conservative pundits suggested this week that liberal policies were to blame for a recent mass shooting in Highland Park, where the police department had an $8 million increase in funding in 2022.