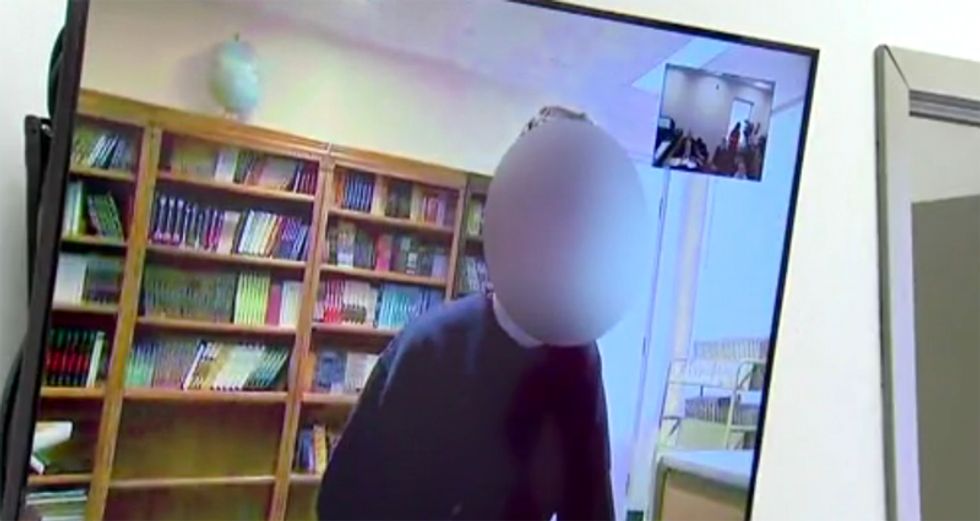 A potential massacre was averted in Paw Paw, Michigan when the parents of a bullied teen turned in their 15-year-old son who confessed that he had amassed weapons and made bombs to attack classmates at his high school, WOOD is reporting.

According to the report, the unnamed teen confessed to his mother and his stepdad that he was "planning to do something bad," and was preparing an assault -- leading his parents to turn him into the authorities, who may try him as an adult.

Speaking with the station, the teen's parents claimed that their son had been bullied since moving into the district last year, and that things took a turn for the worse when a photo of him in his underwear was circulated by his classmates this year.

Explaining that his stepson confessed on Sunday that he had stolen guns from his grandfather and cut them down to fit into a bag, the father said he planned to focus on classmates who he felt had hurt him.

"He wanted to blow the school up on top of him," the stepfather stated. "I was in shock. I just couldn’t believe it. ... We couldn't think at that point. How'd this even get to this point?"

According to the report, the teen agreed to be turned in by saying he needed help.

"He wanted to go. He knew that he needed help," the stepfather said. "He walked right into the lobby and was like, ‘This is what I’ve been planning on doing.' He said, 'This is where you can find everything.'"

On Monday he was arraigned on eight criminal charges, including felony larceny of weapons, possession of a short-barreled shotgun or rifle, attempted manufacture of explosives and a misdemeanor charge of possession of a Molotov cocktail.

You can watch the WOOD video below: