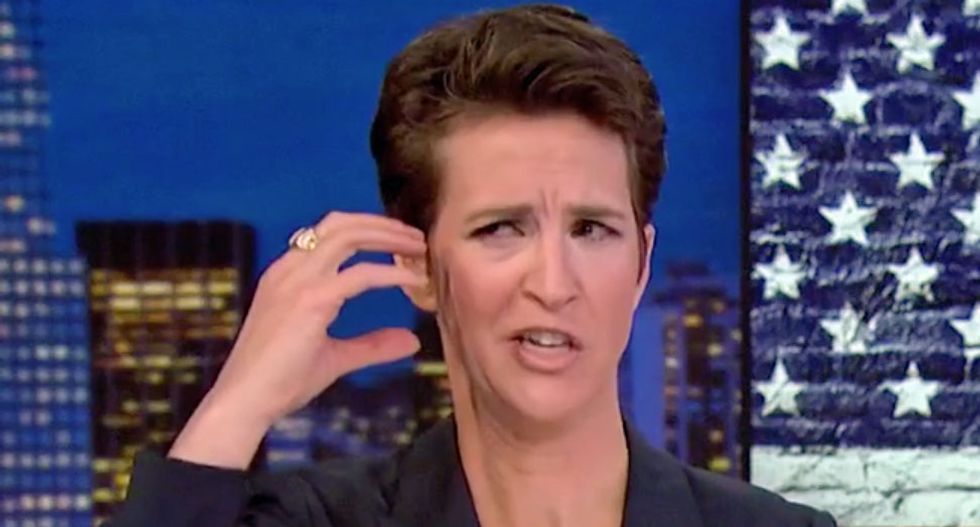 It's been less than a week since President Donald Trump announced that he's appointing neo-conservative Fox News pundit John Bolton to be his new national security adviser — and he's already found himself in legal hot water.

Bolton's PAC, which was also funded by Republican megadonor Robert Mercer alongside Cambridge Analytica, is a small piece of the story surrounding the British group's involvement in American politics. Because they receive so much money from the Mercers, Maddow explained, they can charge relatively little for their services — thus making the case that their data work for American campaigns counts as in-kind donations from a foreign-based entity.

As noted by the Campaign Legal Center, a campaign finance watchdog group that is filing an FEC complaint about the Bolton Super PAC tomorrow, the "convoluted relationship" between the new national security adviser and Cambridge Analytica justifies the government's elections board to open an investigation into both.

"Super PACs can accept unlimited contributions if they are independent but if super PACs can coordinate spending with campaigns, they can get around laws that limit the amount of money candidates can take," the group noted on Twitter. "That’s what the John Bolton Super PAC did here."

Along with the CLC complaint that the Bolton Super PAC circumvented campaign finance law to help elect candidates like Sen. Thom Tillis (R-NC), Maddow also pointed out that if Trump "didn't want to end up in a Michael Flynn situation" where his nation security adviser had a checkered past, "Bolton might be an odd pick."

She then played a clip of the Bush-era adviser in a 2013 video published by a Russian gun rights group — the same group whose founder is reportedly under investigation by the FBI for allegedly funneling money from Russia to the National Rifle Association.