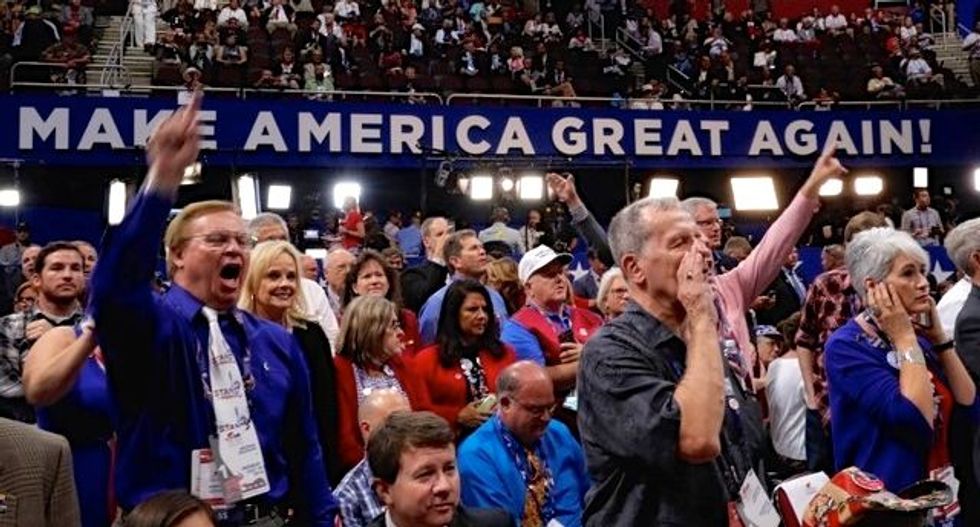 Investigators probing whether Donald Trump’s presidential campaign colluded with Russia have been questioning witnesses about events at the 2016 Republican National Convention, according to two sources familiar with Special Counsel Robert Mueller’s inquiries.

Mueller’s team has been asking about a convention-related event attended by both Russia’s U.S. ambassador and Jeff Sessions, the first U.S. senator to support Trump and now his attorney general, said one source, who requested anonymity due to the ongoing investigation.

Another issue Mueller’s team has been asking about is how and why Republican Party platform language hostile to Russia was deleted from a section of the document related to Ukraine, said another source who also requested anonymity.

Mueller’s interest in what happened at the Republican convention in Cleveland, Ohio in July 2016, is an indication that Trump campaign contacts and actions related to Russia remain central to the special counsel’s investigation.

Trump, who was nominated as the Republican Party candidate for the November 2016 election during the convention, has denied any collusion with Russia during the campaign. Moscow has denied U.S. intelligence agencies’ findings that it interfered in the campaign to try to tilt the election in Trump’s favor.

Investigators have asked detailed questions about conversations that Sessions, then a Trump campaign adviser, had at a convention event attended by then-Russian Ambassador to the United States Sergei Kislyak, said the first source, who was questioned by Mueller about the event.

The same source said Mueller’s team also has been asking whether Sessions had private discussions with Kislyak on the sidelines of a campaign speech Trump gave at Washington’s Mayflower Hotel in April 2016.

Sessions’ spokespersons have denied repeatedly that he had any private discussions with Kislyak at the Mayflower, although Sessions has admitted to speaking briefly to Kislyak at the event.

Spokespersons for Mueller and Sessions declined to comment on Mueller’s interest in Sessions’ activities at the convention and other convention-related events.

The special counsel’s investigators have also interviewed attendees of the committee meetings that drafted the Republican Party platform in Cleveland.

At one committee meeting, according to people in attendance, Diana Denman, a member of the platform committee’s national security subcommittee, proposed language calling for the United States to supply “lethal defensive weapons to Ukraine’s armed forces and greater coordination with NATO on defense planning.”

But the final platform language deleted the reference to “lethal defensive weapons,” a change that made the platform less hostile to Russia, whose troops had invaded the Crimean peninsula and eastern Ukraine.

After the convention, Denman told Reuters in 2016, J.D. Gordon, a Trump foreign policy adviser, told her he was going to speak to Trump about the language on Ukraine, and that Trump’s campaign team played a direct role in softening the platform language.

The Trump campaign has denied playing any role in the weakening of the party’s position regarding Ukraine. Gordon has called Denman’s version of events “inaccurate.”

Stephen Yates, co-chair of the platform committee’s national security subcommittee, said he has “heard nothing about other members of the subcommittee being called in for questioning, and I have had no interaction with anyone working on the investigation.”

Sessions recused himself last year from the federal probe into Russian election meddling after it emerged that he had failed to say during his Senate confirmation hearing to be attorney general that he had met with Russia’s ambassador in 2016.