'What is he, the nanny?': Joy Reid ridicules Trump for telling Kelly to boot Ivanka and Jared out of the White House 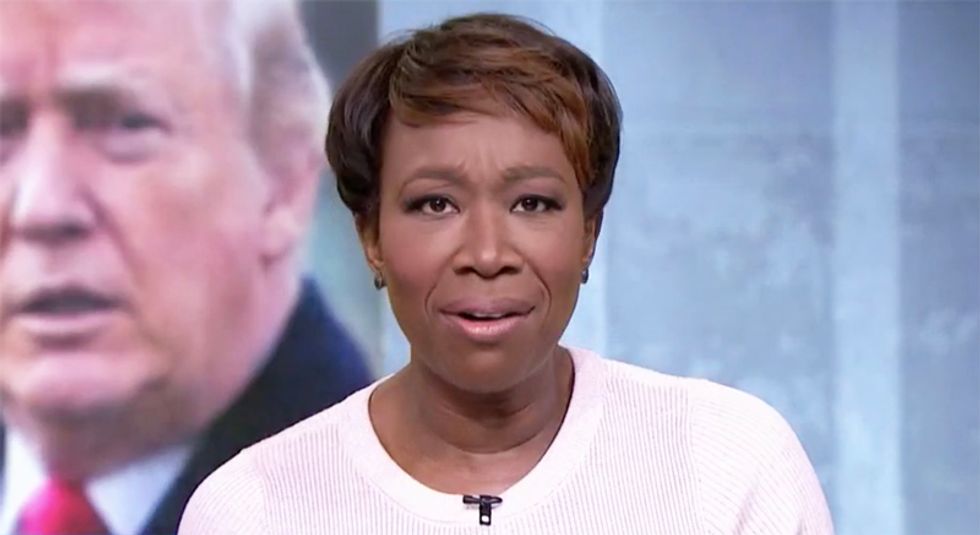 Addressing a report that President Donald Trump has asked White House Chief of Staff John Kelly to force his daughter Ivanka and her husband Jared Kushner out of the White House and back to Manhattan, MSNBC host Joy Reid mocked the former general for sinking to acting as Trump's nanny.

The New York Times reported this week that "Mr. Trump has told the couple that they should keep serving in their roles, even as he has privately asked Mr. Kelly for his help in moving them out," which has just added to the "White House is in chaos" narrative.

"Steve Bannon, the sort of not so curious alt-right person that was pushed out of the White House,  now almost appears to have been the smartest person in the White House when he was there," the AM Joy host began. "He kept saying the problem is Jared and Ivanka, throughout the book, the Michael Wolff book. Now Donald Trump is saying the problem may be Jared and Ivanka."

"Privately some aides have expressed frustration that Mr. Kushner and Ivanka have remained at the White House, despite Mr. Trump at times saying they should never have been there and now the counterintelligence unit may be investigating a business deal that Ivanka Trump may be involved in -- a hotel tower in Vancouver that may be under investigation," Reid read from the New York Times. "Does Trump want his kids in or out?"

"Donald Trump does not want to fire anyone directly," journalist Natasha Bertrand offered. "Right now he wants his chief of staff,  John Kelly, to tell his kids, to tell Ivanka and her husband to go back to New York."

"Right," Bertrand agreed. "So he has to avoid this confrontation. He knows deep down that hiring Jared Kushner as his senior adviser was a bad idea. Jared Kushner did not have any political experience when he entered this administration. When he was managing the transition period he was meeting with foreign investors to get support for his 666 5th Avenue building which is over a billion dollars in debt now. He came into this still invested in Kushner companies, he did not fully divest himself from his business empire."