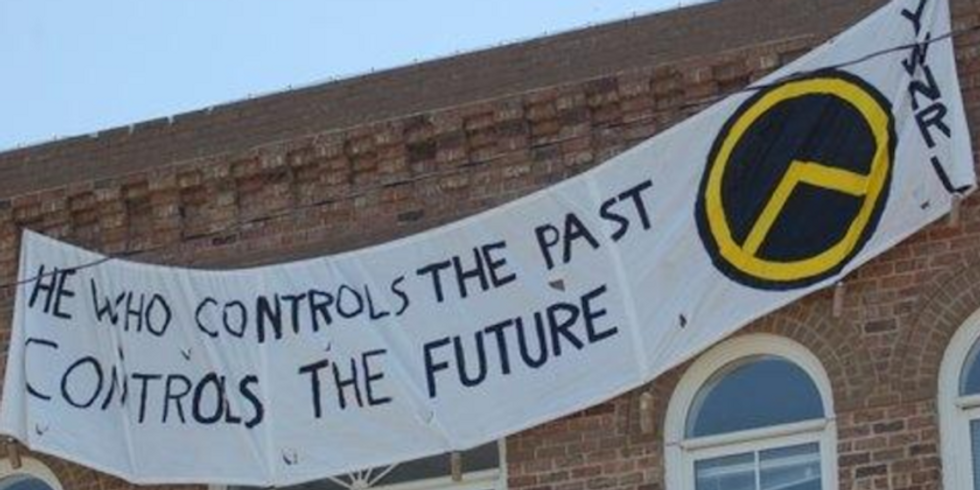 White supremacists are drawing attention to themselves and their organizations with a low-budget method -- hanging banners from overpasses.

Racist hate organizations have spread their message for years with banners displaying their group names and slogans, but those demonstrations have become increasingly common in recent months, reported the New York Times.

The Anti-Defamation League's Center on Extremism found 72 such episodes between May 20, 2017, and last Monday, while none were documented in the previous five-month period beginning in December 2016.

Those banners primarily displayed racist, anti-immigrant, anti-Semitic and anti-Muslim messages such as “America first: End immigration” to “‘Diversity’ is a code word for white genocide.”

More than two-thirds of the banners were set up by "alt-right" groups such as Identity Evropa, which was responsible for 28 banners in 13 states.

Identity Evropa, whose members helped organize the "Unite the Right" rally in Charlottesville, has been identified as a white nationalist group by the ADL and the Southern Poverty Law Center.

The neo-Nazi group Patriot Front was responsible for nearly 30 percent of the banners listed in the ADL report.

The banners were reported in 21 states, and Oregon had the most -- thanks in large part to neo-Nazi resident Jimmy Marr.

A Marine sergeant was kicked out of the corps for unfurling a banner with Identity Evropa messages in North Carolina.