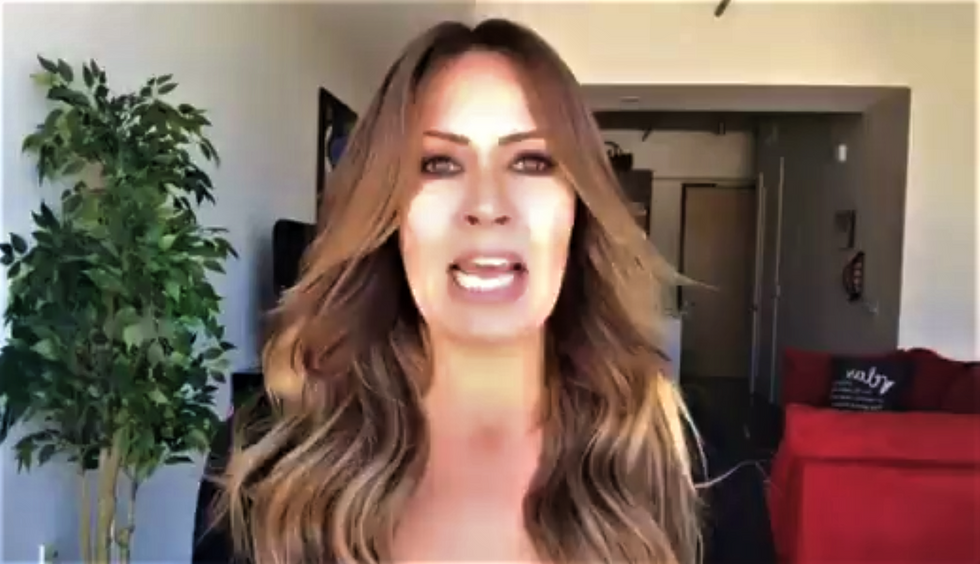 Gianna Miceli, a Republican candidate for Nevada Assembly, encouraged her followers to "go after" Parkland teen David Hogg on Twitter this week before she peddled a debunked smear to damage his credibility.

Responding to a tweet from Trump supporter Jack Posobiec that asked followers about what Fox News host Laura Ingraham should do in the face of an advertiser boycott of her show after she mocked Hogg for being rejected by some colleges, Miceli recommended being even more aggressive with the young school shooting survivor.

When a woman responded to Miceli and informed her that publicly attacking a teenager who watched his friends get gunned down might not be politically prudent, Miceli responded by pushing a debunked conspiracy theory about him.

"Watch his documentary," she said. "Out of his own mouth come the words how he wasn't there."

Miceli's statement is a reference to a debunked conspiracy theory positing that Hogg was not actually present at the Marjory Stoneman Douglas High School during the school shooting, despite the fact that multiple witnesses have confirmed that Hogg was in the school when shooter Nikolas Cruz opened fire on his former classmates.

The conspiracy theory is based on a video clip of Hogg saying that he got on his bike and rode to the school in the wake of the shooting. What this leaves out, however, is that Hogg in the video is talking about returning to the school the evening after the shooting occurred to film interviews with people who were on the scene and to talk with local and national news outlets about advocating stricter gun control laws.