'No one would know your names': NRA host taunts Parkland teens over their dead classmates on eve of DC march 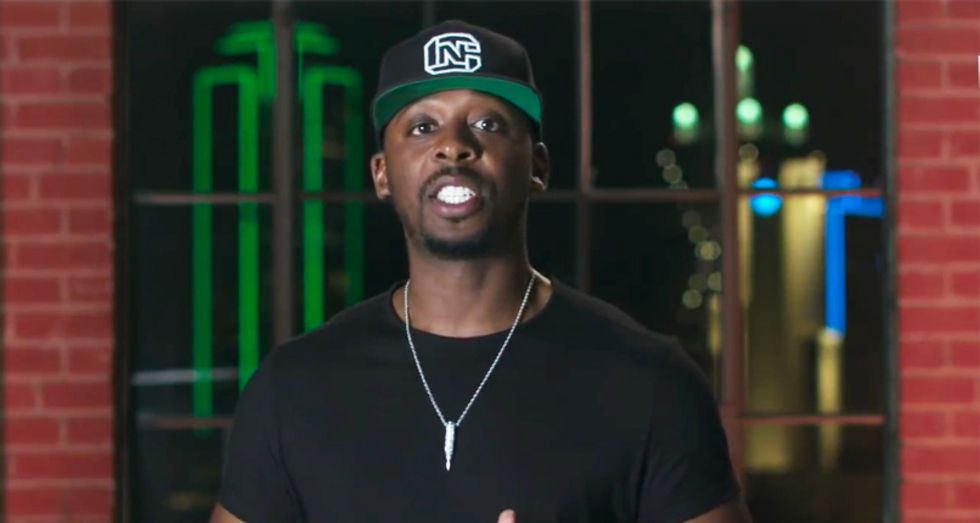 The host of an online only NRA -TV show took the pains to attack the Parkland, Florida teens who are behind the massive march expected in Washington D.C. on Saturday, saying if their friends hadn't died, no one would know or care about them.

In a clip posted to YouTube, host Colion Noir addressed the teens who now have a bigger megaphone than his occasional rantings posted online.

"To all the kids from Parkland getting ready to use your First Amendment to attack everyone else’s Second Amendment at your march on Saturday, I wish a hero like [Maryland's Great Mills High School resource officer] Blaine [Gaskill] had been at Marjory Douglas High School last month," Noir charged, adding, "Because your classmates would still be alive and no one would know your names. And because the media would have completely and utterly ignored your story the way they ignored his."

During his diatribe, the NRA apologist also attacked the teens for being young,  and involved, stating Saturday's march is “one-sided, logic-deprived, and intellectually dishonest” before dismissing it as “festival masquerading as a march.”

Further dismissing the students, the hyperbolic Noir accused the students of wanting to  "burn the Constitution and rewrite the parts that you all like in crayon.”

The NRA has been reeling from the pressure being put on them -- including loss of sponsorship with companies that no longer want their name associated with with pro-gun group -- leading the organization to sic their spokespeople after the teen survivors who witnessed 17 slaughtered at Marjory Douglas High School last month by a fellow student armed with an assault rifle.