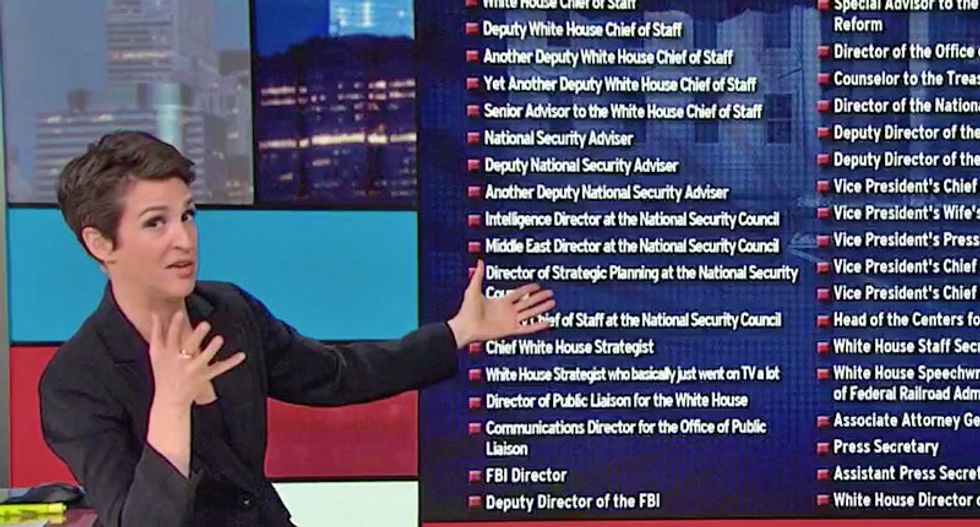 "I have a feeling that eventually we'll look back on this day and have more clarity what happened, but right now it feels like a complete spaghetti dinner and all related courses thrown up against the wall for us to try and figure out," Maddow noted. "Thanks for joining us on what now passes for a totally normal typical Tuesday in American news."

Maddow then proceeded to list all the recent departures from the administration. Maddow has been continuously updating the her list.

"Just in the past couple weeks we have had to move my camera position so that we can show you this bigger wall, so we could make room to add a third column here on this wall," Maddow noted. "We were two columns before."

"We have gone to the big wall and three columns," Maddow continued. "Anybody else going tonight?"

"Well, actually I should let you know that MSNBC's Nicolle Wallace stands by her multiple-source reporting that Trump's second national security advisor after Mike Flynn, H.R. McMaster is due out any day now," Maddow reminded. "Due out by the end of the month."