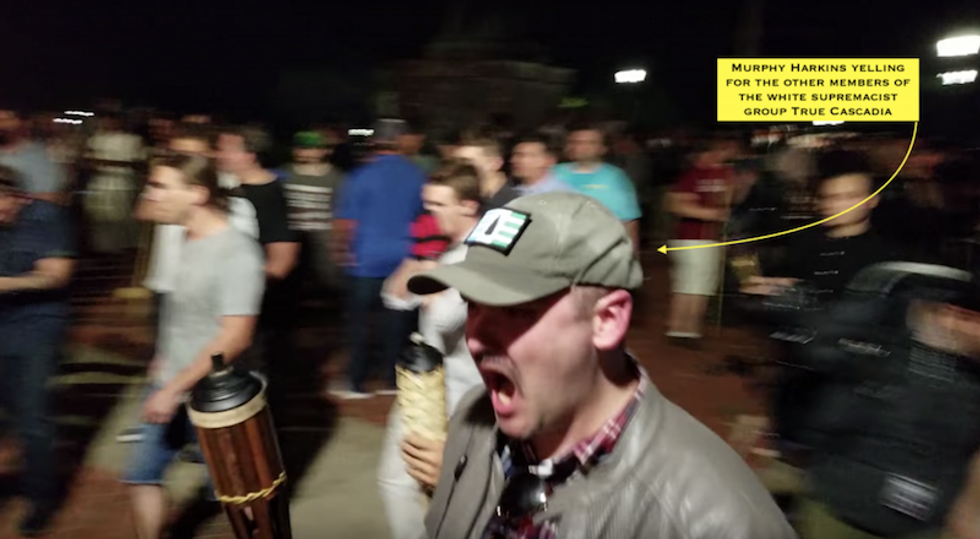 Murphy Harkins at the Charlottesville rally/Screenshot

A Portland-area Nazi has been fired from his banking job at Wells Fargo after his ties to alt-right extremist groups, the Oregonian reports.

Last year, Harkins appeared in a photo taken at Portland's Buffalo Gap Saloon with extremists Baked Alaska, Brittany Pettibone and James Allsup. It was unclear why it took the Portland Antifa group a year to out the local Nazi following the publication of the photo.

Following the revelations, Harkins and Wells Fargo parted ways—the company would not comment on why, but provided a statement about its values.