Qatar gave Trump and Kushner a ‘gift,’ says ex-NSC official -- and now the White House owes them a favor 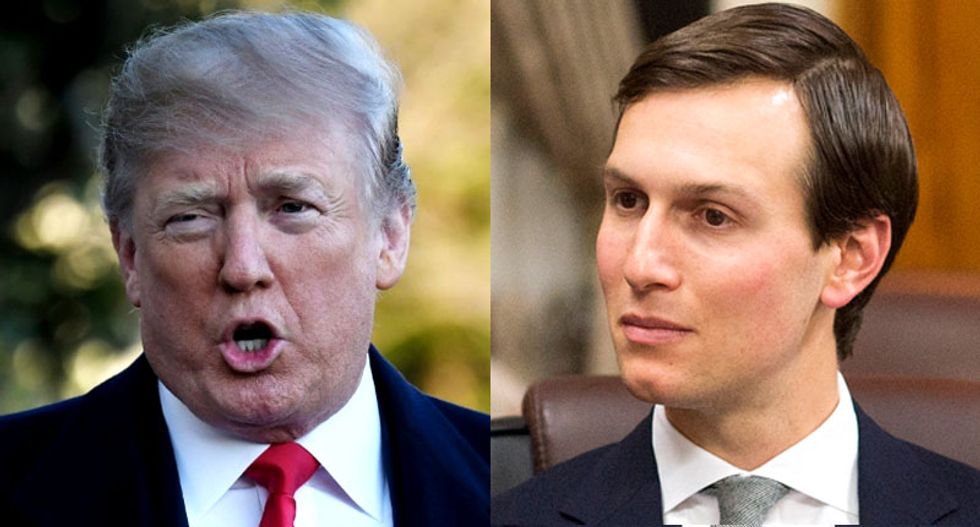 Officials from Qatar have declined to give potential evidence of Trump-Kushner corruption to special counsel Robert Mueller -- and a former National Security Council spokesman explained why that presents a new conflict of interest for the White House.

Qatari officials claim to have details about secret meetings earlier this year involving Lebanese-American businessman George Nader and Republican donor Elliott Broidy, but they decided not to cooperate with Mueller's investigation into the matter.

"That in itself will be seen as a huge gift on the part of Qatar to the Trump administration," said Ned Price, who served as NSC spokesman under former President Barack Obama. "The issue we have to be watching for is how will the Trump administration repay Qatar for this? I think we're going to see a quid pro quo in the coming days, it's just not clear yet what it is."

Qatari officials believe Trump endorsed a blockade imposed by the United Arab Emirates and Saudi Arabia as retaliation by Jared Kushner, whose family unsuccessfully tried to get the country's minister of finance to invest in their distressed 666 Fifth Avenue property in New York City.

"This is nothing new, especially when it comes to Jared Kushner," said Price, who resigned from the CIA after more than a decade because he refused to serve under Trump.

He said the president' son-in-law and White House adviser met with Chinese officials to discuss a loan, and he also met with Russian banker Sergey Gorkov during the transition.

"Interestingly, the Russians said the meeting was about private financial interest on the part of the Kushner Corporation, although Kushner during the transition said it was about policy interest," Price said. "So clearly Jared Kushner has consistently mixed business and policy in a way that is not only looks gross, but in a way that puts our security at risk. If the Trump administration follows through and it gives back to countries like Qatar that opt not to throw them under the bus."