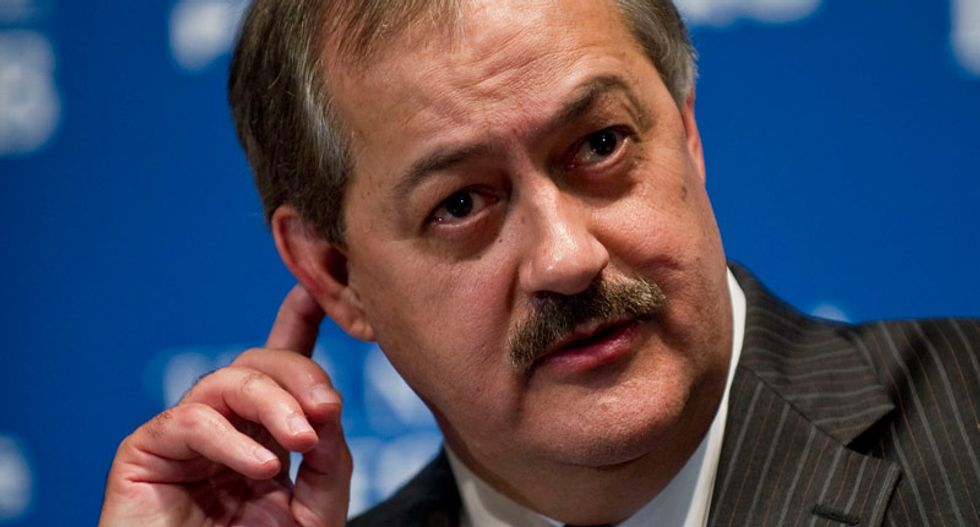 The West Virginia Senate race has an ex-con in the lead of the Republican primary and the GOP is fearing it might become another Roy Moore-level disaster for their party.

Coal baron Don Blankenship is freshly freed from one year in prison after a mining safety incident that killed 29 miners. The incident marked the deadliest coal mining incident in 40 years, and Blankenship was found partially responsible. He became the first ever high-ranking executive who was convicted of a workplace safety violation.

When Blankenship was freed, he filed to run for the U.S. Senate for the Republican Party. As one of the wealthiest and most influential men in Appalachia, according to the New York Times, Blankenship has dumped $450,000 of his fortune into television ads blasting the field of his fellow Republicans. As a result, Politico revealed, he's shot up in the polls.

Now, the GOP is starting to worry. In a race against conservative Sen. Joe Manchin (D-WV), Blankenship has to go as far right as the likes of Moore or Pennsylvania congressional candidate Rick Saccone. At the same time, having an ex-con whose lax safety in coal mines killed so many West Virginians isn't a good look for the Republican Party.

Rep. Evan Jenkins (R-WV) and state Attorney General Patrick Morrisey both questioned what the party could do to stop him. The Senate GOP campaign paid for a survey to examine the electoral strength of Blankenship's candidacy, but even if he has staying power, it might mean a hit to the GOP brand and another loss.

With a little more than a month to go before the May 8 primary, he has shot up to a three-way tie with the other candidates and is "positioned to move ahead," Politico claimed

Like Moore, Blankenship is an anti-establishment Republican eager for the party to come after him.

In terms of the Trump influence, White House officials met with Jenkins and Morrisey, but they came away thinking Blankenship was the real deal.

“He’s running ads, he has money. He’s not a wallflower,” said Hoppy Kercheval, a local radio host. “He’s a puncher and a counterpuncher.”

He went on to say that Blankenship is "gaining traction" and "has this everyman appeal in West Virginia.”

The GOP doesn't typically get involved in primary elections and told Politico they have no comment. While Blankenship anticipates they will take a side, he says he's still supportive of the party.

“They shouldn’t be afraid of me being up there,” he added.