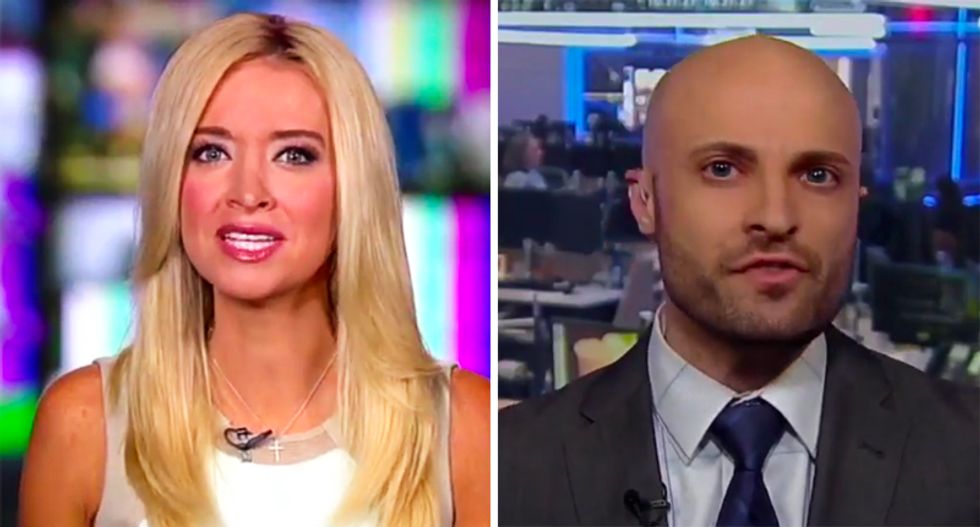 Appearing with RNC spokesperson Kayleigh McEnany, former Clinton aide Zac Petkanas jumped all over the Trump defender's praise for the president's speech in Ohio on Thursday, with McEnany calling it, "a great speech."

"This was a moment where President Trump not only spoke about infrastructure but listed out his array of accomplishments," McEnany glowed. "This is important. He blew past the mainstream media and used this very open forum, no lens of distortion, to tout what he has done for the American people. It was a great speech."

"We have never been this close to denuclearization with North Korea and we are this close because we have a businessman and a negotiator," McEnany protested.

"You may not understand, but this is positioning, it's not threatening" she sneered. "It is positioning our allies to be firm with North Korea as they go into negotiations. This is very important, it's something Hillary Clinton would never have achieved -- Barack Obama didn't even come close. President Trump deserves praise because he is a businessman and he's is not doing things the way a typical mannequin politician would."

"First of all, nothing has been achieved," the Democratic strategist reminded McEnany.

"Did you miss that they were about to meet?" the RNC spokesperson responded.

"I'm sorry, Petkanas shot back. "Is a meeting denuclearization? Or is a meeting just a meeting?"

"A step in the right direction is a commitment to denuclearize -- which we have none of," he explained. "We have the president of the United States telling our allies that the United States may not stand with them, and that is weakening their hand as they are going to talk to North Korea."

"It's dangerous and putting all of us at risk," he concluded.