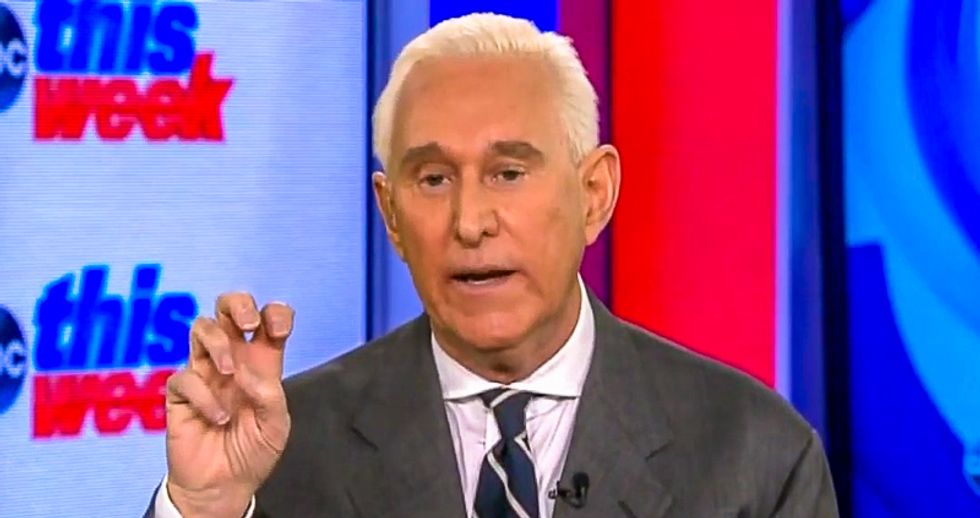 The Daily Beast reports that Stone unloaded on Nunberg on his personal Instagram account this week, and wrote a post in which he called out Nunberg for being a "lying assh*le" and a "psycho."

In a separate video posted on Instagram, Stone said that Nunberg's claims that he made about Stone's connection with WikiLeaks founder Julian Assange were the result of rampant drug abuse.

"Sam Nunberg is a cocaine addict," Stone said. "And any news organization that takes anything he said seriously is courting a serious lawsuit. Coke head."

Earlier this month, Nunberg said that he warned Stone about getting too close with Assange, with whom Stone allegedly exchanged messages during the 2016 presidential campaign.

"I warned Roger repeatedly during the 2016 summer, ‘do not associate yourself with Julian Assange," he said on CNN. "For two reasons: one, at that point it seemed pretty obvious that Hillary Clinton was going to win and there was surely going to be a special counsel into these matters."

Watch the video of Stone below.