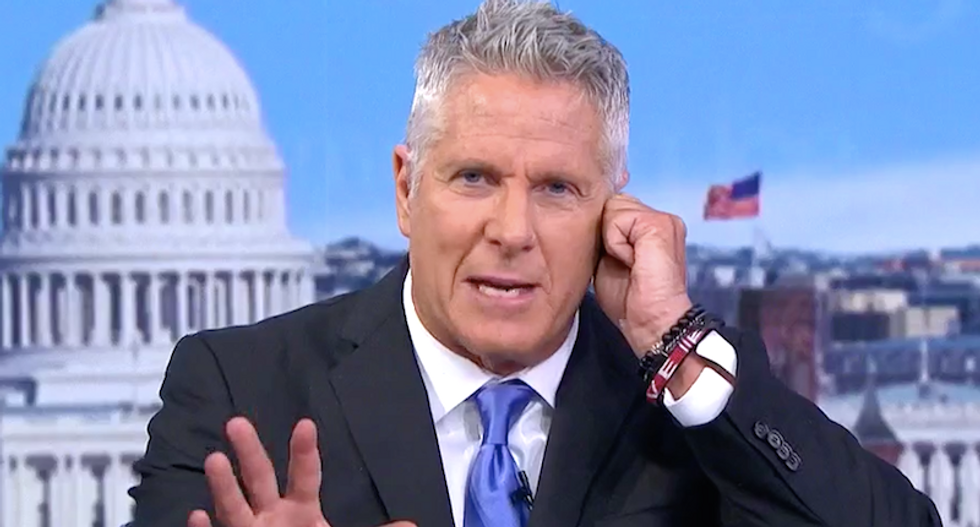 MSNBC's Donny Deutsch shredded conservative broadcaster Laura Ingraham for personally attacking a survivor of a Florida school shooting -- and he explained why her Fox News show was unlikely to remain on the air.

The "Morning Joe" contributor said the attacks on Parkland teens for their gun safety advocacy weren't just bad politics and bad business, but signaled an ethical and moral deficiency.

Deutsch, a former advertising executive, explained that Ingraham and her show would become fatally toxic to sponsors.

"I'll take you behind the scenes of every CEO right now that advertises on her show," Deutsch said. "They have in front of them already letters saying, 'Dear Mr. CEO of Pepsi -- I'm not saying Pepsi is on there -- are you choosing to stand by Laura Ingraham?'"

He said the debate had already moved past the point where Ingraham's unaccepted apology to Parkland student David Hogg could save her show.

"It's no longer, are you part of the debate?" Deutsch said. "If you're endorsing her, you're endorsing her behavior, saying this is okay to dump on millennials, this is okay to insult children who have been through a tragedy, and any CEO at this point -- I don't care where you are politically -- is going to call up their chief marketing officer and say, 'You know that $400,000 you spent on Ingraham? Even if you don't take it off Fox, move it off, because no advertiser is going to be in a position to say, 'I'm defending that.'"

Deutsch said the right-wing broadcaster only apologized to keep advertisers from fleeing, but he said that wasn't enough.

"Her behavior stands for itself," Deutsch said. "We can argue about politics -- but there's just human decency. We can't have animals on the air attacking children. We can disagree on taxes, on Donald Trump, on a wall -- but basic human decency. Enough already."