Sean Spicer: We should 'encourage' Trump to talk to Mueller's witnesses because he just says 'pleasantries' 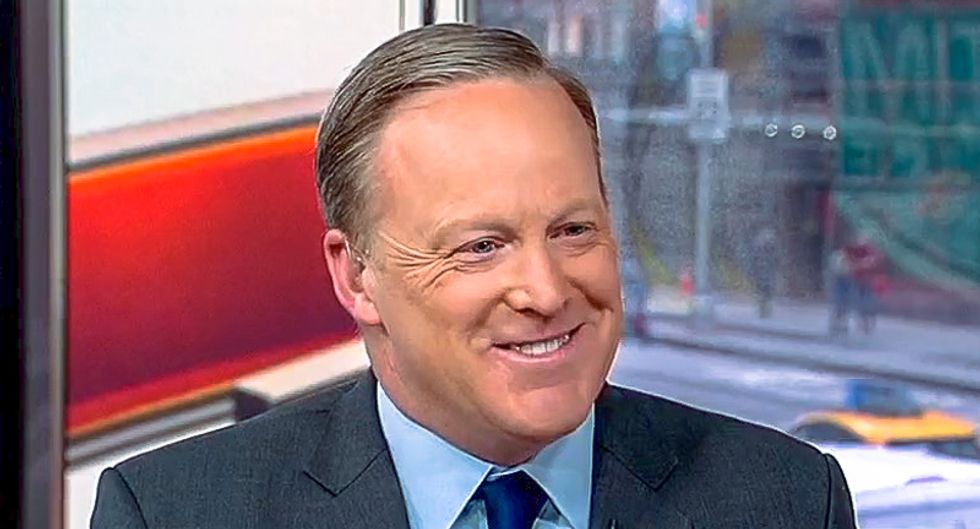 Former White House Press Secretary Sean Spicer argued on Thursday that President Donald Trump should be "encouraged" to talk to witnesses in special counsel Robert Mueller's investigation because he was only sharing "pleasantries" with them.

Fox News host Harris Faulkner ended an interview with Spicer by noting that Trump had recently been accused of confronting people who had spoken to Mueller's investigators or testified before his grand jury.

"I'm not aware of conversations that the president may or may not have had with those individuals," Spicer admitted. "But there's a difference between checking in with someone and saying, 'I saw in a media report you did [testify], how did it go?'"

"I don't think by any standard, 'How was it? Were they nice to you? Did you get treated well?' is any attempt to influence the process," he continued. "And by all accounts, none of that occurred."

According to Spicer, Trump "is a guy that likes to talk and ask questions, 'How are you doing? How was your day?'"

"That's hardly an attempt to influence or do more than just check in on people that he cares about," the former press secretary opined. "It was a pleasantry. Asking someone how they're doing or how their day went or are you being treated well is something that we should probably encourage more of."

The New York Times reported on Thursday that Chief of Staff John Kelly had warned Trump not to talk with witnesses about Mueller's Russia investigation.