Sen. Warren hammers Ben Carson for nixing anti-discrimination rules: 'That's the scandal that should get you fired' 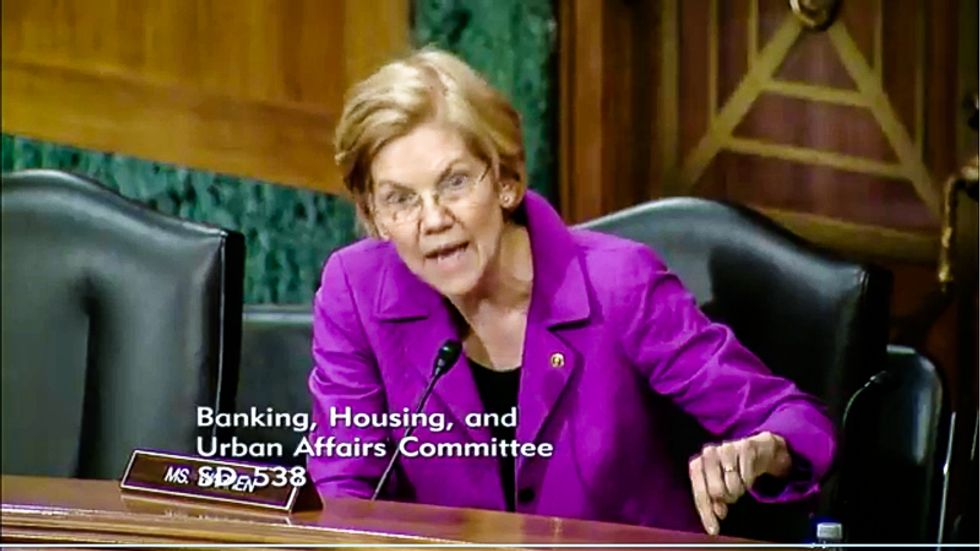 At a Senate oversight hearing, Warren asked Carson why he had effectively killed a 2015 HUD rule on housing discrimination by delaying it until 2020.

"When I look at your track record at HUD, I just see you headed in the wrong direction," she explained.

Carson argued that "dozens and dozens" of cities had petitioned HUD to delay the rule because of costs associated with it.

"Excuse me, Secretary Carson," Warren interrupted. "Let me just remind you. This is a question about following the law. The law clearly says 'affirmatively further fair housings.' It doesn't say cut back on that because you're concerned about compliance costs."

"A lot of people are criticizing you for spending tens of thousands in taxpayer money on fancy furniture," Warren continued. "And don't get me wrong, I think scamming the taxpayers is a scandal. But the biggest scandal of your tenure is your unwillingness to do your job and enforce the laws that reduce housing discrimination and segregation across this country."

"In 1968, the typical black family had one-sixth as much wealth as the typical white family," she noted. "Now, it is one-tenth. We have gone backwards since the Civil Rights Era. It is HUD's job to help end housing discrimination and that's what the law said. You said you would enforce these laws, you haven't. And I think that's the scandal that should get you fired."

The jab appeared to jolt Carson.

"I don't think that you have characterized things in any way close to what is accurate," he shot back. "But you're welcome to say whatever you want."

Warren, however, was not willing to let Carson have the last word.

"I really resent that remark," she replied. "I have asked the question about how it is that delaying enforcement of rules that were already in place to help end housing discrimination would help. I asked you to make your case. All you could say is compliance costs were high. That does not explain how it is that you were going to delay enforcement of those rules and that was going to help end housing discrimination."

"I think I explained it to you quite well," Carson insisted.

"I would not describe it as quite well," Warren said.