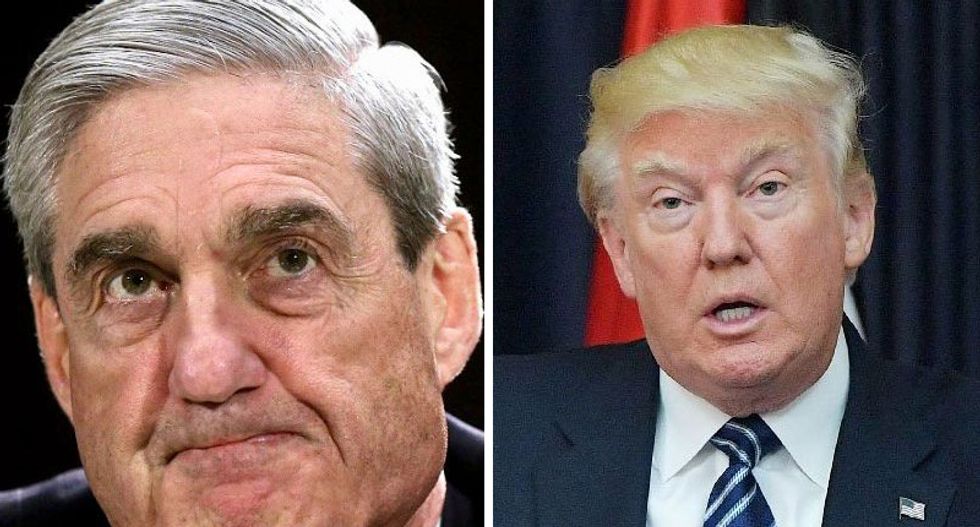 A bipartisan Senate duo is calling on President Donald Trump to back off of attacks on the special counsel — and are prompting speculation that they may know more about the Russia investigation than they're letting on.

Politico reported Tuesday that Sens. Thom Tillis (R-NC) and Chris Coons (D-DE) issued a statement urging the president to allow special counsel Robert Mueller to continue his probe into Russia's electoral interference "without impediment," marking a renewal in legislative interest in protection for the investigator.

"We have heard from constituents — Republicans, Democrats, and Independents alike — who agree that Special Counsel Robert Mueller should be able to conduct his investigation without interference," the senators wrote in their statement. "This should not be a partisan issue."

"We urge President Trump to allow the Special Counsel to complete his work without impediment," the statement continued, "which is in the best interest of the American people, the President, and our nation."

Following the release of the statement, journalists on Twitter began speculating about what prompted the need for the statement.

HuffPost politics reporter Igor Bobic posted a screenshot of the statement, noting that it had "odd timing."

"You don’t suppose Coons and Tillis have heard something’s up, do you?" never-Trump conservative and Weekly Standard editor-at-large Bill Kristol noted. "During a congressional recess right before Easter/Passover weekend, with everyone dispersed and disorganized, wouldn’t be a ridiculous time to fire Sessions or Rosenstein or Mueller or pardon a bunch of people."

You don’t suppose Coons and Tillis have heard something’s up, do you? During a congressional recess right before Ea… https://t.co/ngCDI5K2bd
— Bill Kristol (@Bill Kristol)1522184439.0

In a comment to BuzzFeed News, a Tillis spokesperson told Capitol Hill correspondent Emma Loop that "no one thing or event prompted the release of today’s statement, Senators Tillis and Coons are simply reiterating their position on Special Counsel Mueller."

On the timing of this statement, Tillis’ office says: "No one thing or event prompted the release of today’s statem… https://t.co/qvBtGOHKSf
— Emma Loop (@Emma Loop)1522185487.0