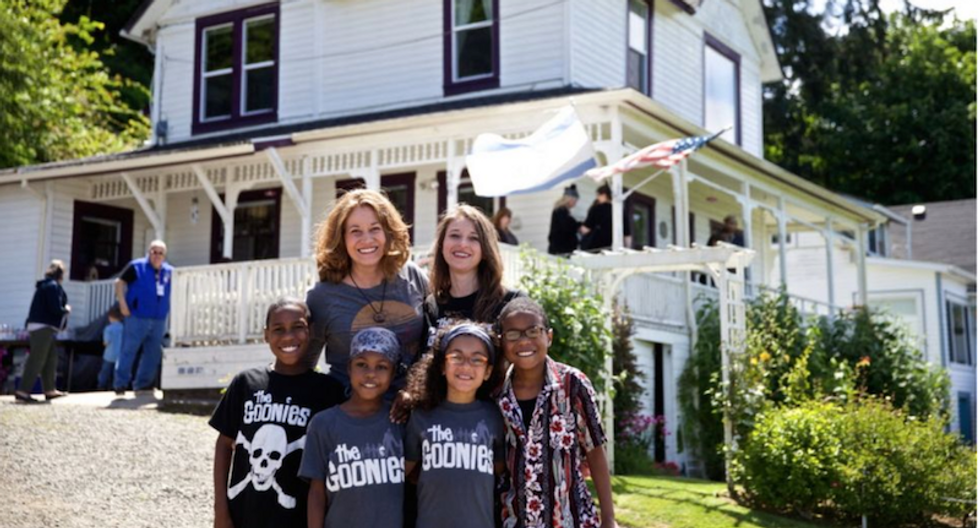 The Harris family at the house from the movie The Goonies, which is a popular tourist destination on a public road in Astoria, Ore./Screenshot

Troubling new details have emerged in the case of two white Washington women who plunged off a cliff with their adopted black children.

Jennifer Jean Hart and Sarah Margaret Hart, both 38, wore seatbelts when they plunged off the cliff, and were killed. Authorities also recovered the bodies of three of their six adopted children: Martin, 19; Abigail, 14; and Jeremiah, 14. Three other adopted children are missing: Hannah, 16; Devonte, 15; and Sierra, 12. Devonate Hart was featured in an iconic photo of protests after the Michael Brown killing, with him hugging a police officer with tears in his eyes. 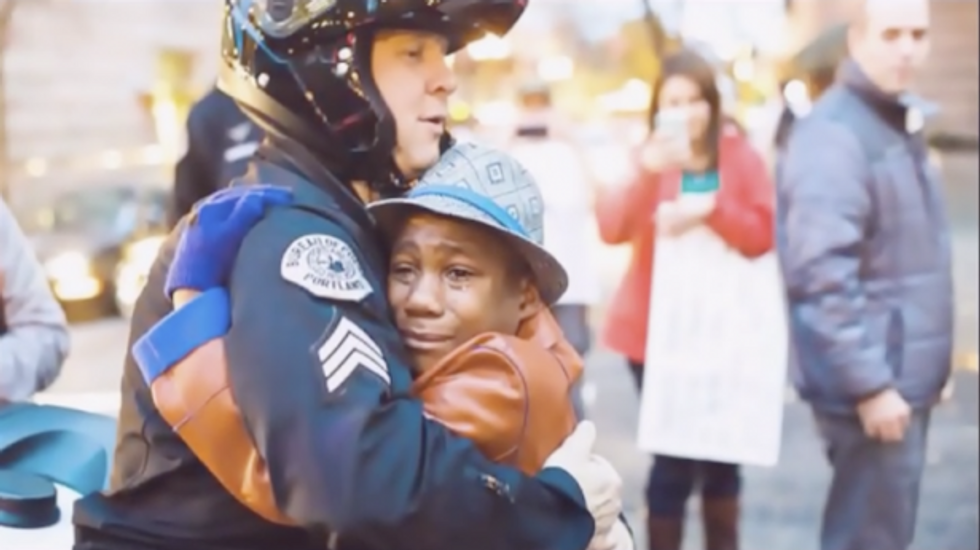 Since the deaths, it's been revealed that the children were abused, with one of the moms pleading guilty to abuse in Minnesota. Neighbors told the Oregonian that the children asked them to hide food because they were punished with starvation when their moms said they misbehaved. The children were all homeschooled, but the Harts had not filled out the appropriate forms to ensure oversight. 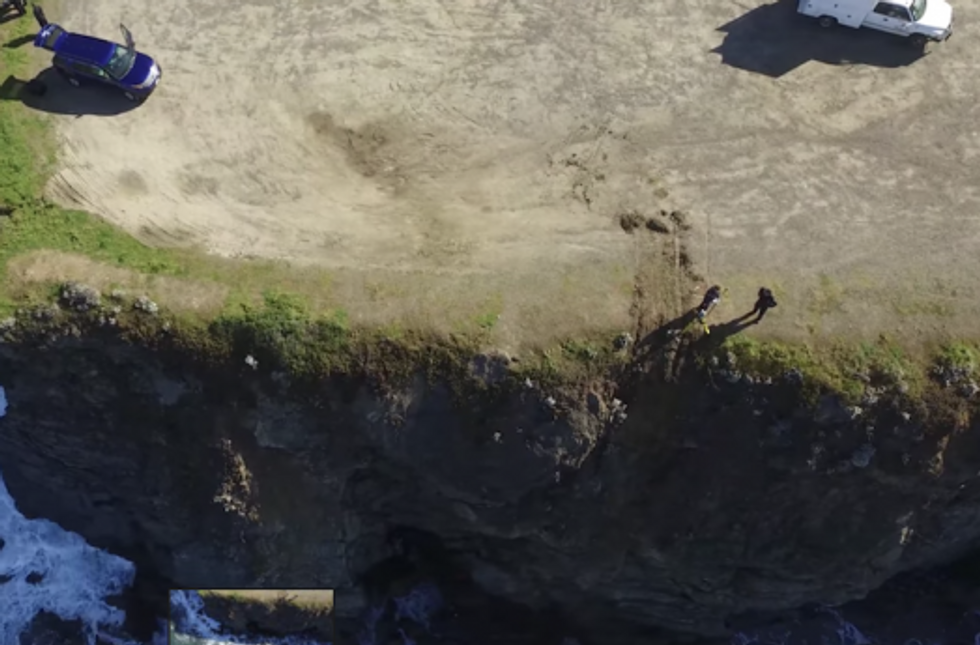 The spot where the Hart family SUV flew off the cliff, from a drone video/Screenshot[/caption]

A search warrant uncovered by Fox 12 News in Portland, where the women were active in the music community, shows that the speedometer in their car was "pinned" at 90. That is nearly double the speed limit of 55 miles per hour. Police have previously said that there were no skid marks or signs of braking at the site of the crash.

The crash happened at an overlook just past the Juan Creek bridge in Mendocino County.

Drone footage of the scene shows that the car plunged off a cliff on the northeast side of the overlook.

The car would have had to make a very abrupt turn off the freeway and not slowed as it crossed 75 feet of gravel without braking if the incident was an accident.