'Is she stoned?': The internet mocks Kellyanne Conway for saying millennials should choose ice cream over drugs 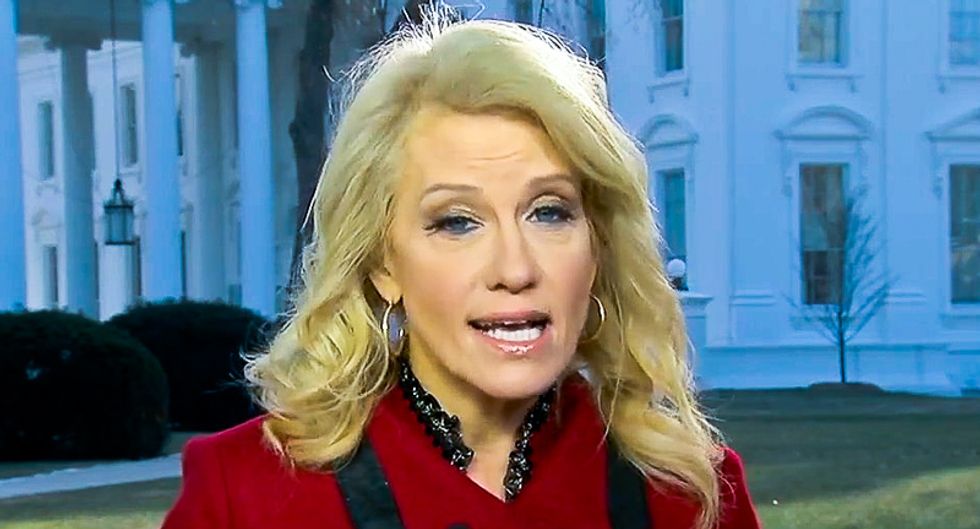 During an interview at Generation Next, a millennial forum hosted in D.C. on Thursday, White House adviser and opioid epidemic chief Kellyanne Conway said young people could avoid fentanyl by eating ice cream and french fries. Upon hearing her sage advice, Twitter had a field day.

"On our college campuses," Conway told her millennial interviewers, "you folks are reading the labels, they won’t put any sugar in their body, they won’t eat carbs anymore, and they’re very, very fastidious about what goes into their body."

"My short advice is, eat the ice cream, have the French fry, don’t buy the street drug," the Trump administration's chief opioid counselor advised. "Believe me, it all works out."

I was considering doing fentanyl but now thanks to Kellyanne I’m just gonna “have the French fry” instead. Saved me… https://t.co/tbTaaMUOAi
— Mike Stephens (@Mike Stephens) 1521746053.0