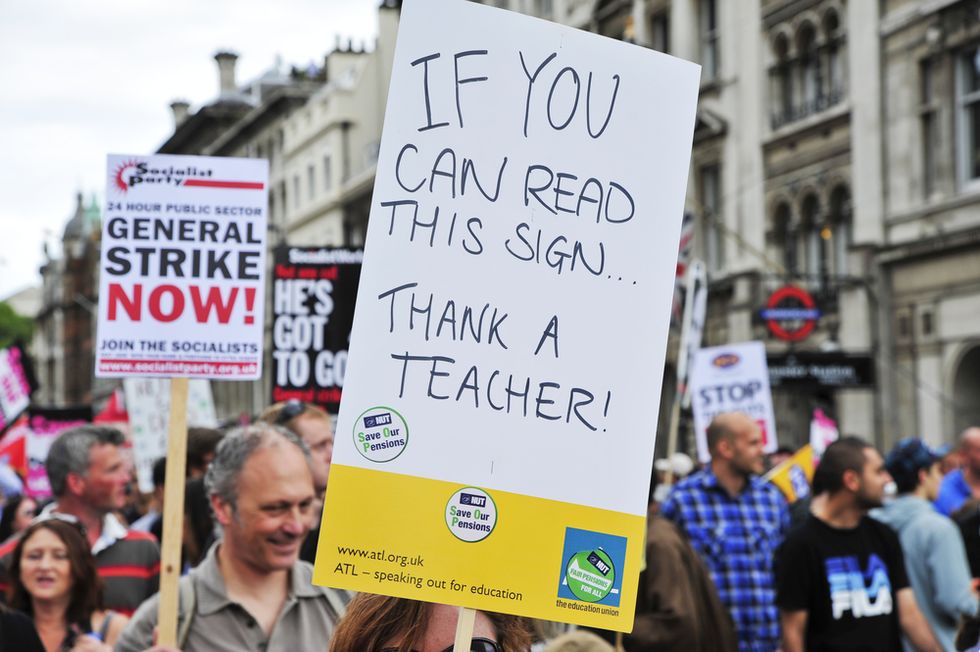 Teachers in the Republican-run state of Oklahoma are preparing to go on strike to improve their salaries and benefits -- and a new article about their dire situations in the New York Times goes a long way toward explaining why.

As the Times reports, teachers in the state have not had a raise now in a decade, which means that many of them have had to stretch harder and harder every year to keep the lights on in their houses -- and they're also taking drastic measures to get extra cash.

"Across the state, teachers say they make ends meet by selling their blood plasma, or by working second jobs as luggage handlers, Uber drivers or in lawn maintenance," the Times reports.

And it's not just teacher pay that has stagnated, as the state's Republican-dominated government has refused to boost education funding as well. In fact, the funding crisis within the Oklahoma education system has gotten so dire that roughly 20 percent of schools are experimenting with having four-day weeks to save money.