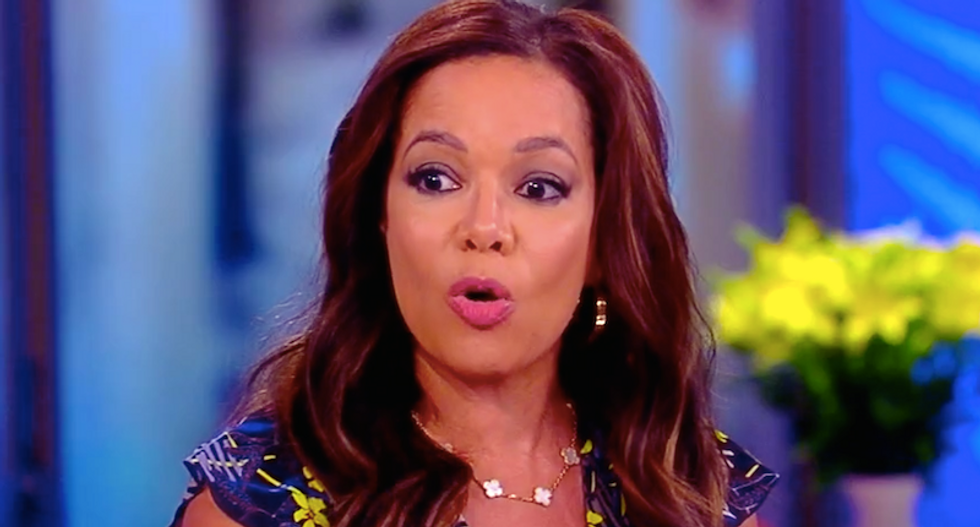 "The View" co-hosts explained why a non-disclosure agreement signed by a former Playboy model signaled that many more women could come forward with sex claims against President Donald Trump.

The co-hosts disagreed whether the claims themselves might politically damage the president, but Sunny Hostin noticed something about the agreement that troubled her.

"It looks like a form letter, you guys," she said. "So I keep on thinking, what other women signed this and how did that affect the election? Was it done to affect the outcome of the election? Because if all these women came forward before the election, would Donald Trump be in the White House? That could be a campaign finance issue."

Hostin lamented that Trump had debased the White House with his "tawdry" behavior, but co-host Meghan McCain said the revelations didn't add anything new to the conversation.

"If we're going to do an interview with every single woman who slept with Trump, that's all we'll be talking about and the administration is over," McCain said.

McCain agreed the women might have proof of illegal conduct by the president, but until that's shown she's tired of hearing about his extramarital affairs.