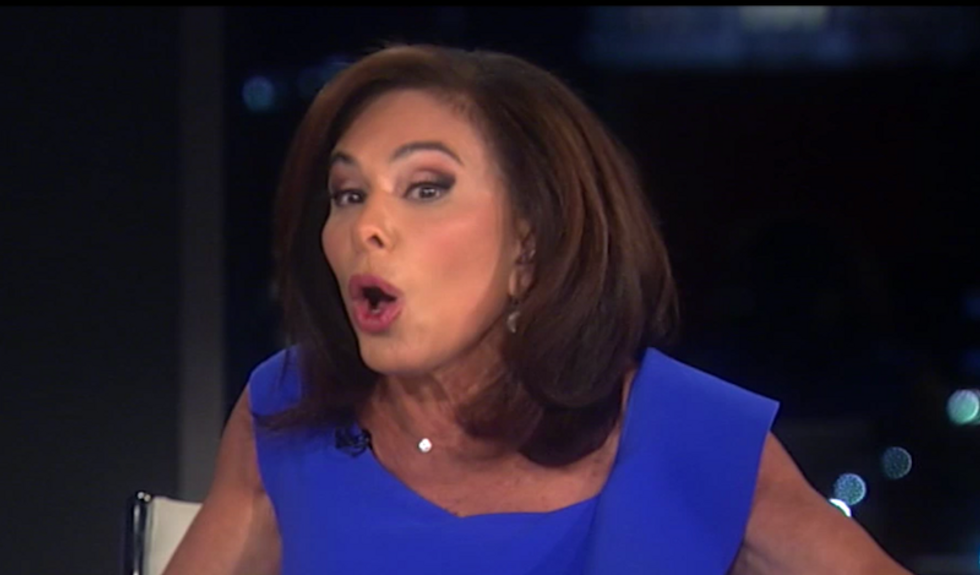 Two days after President Donald Trump signed a massive $1.3 trillion spending bill that ballooned the deficit while failing to meet campaign promises like building a wall on the Mexican border, the fallout is only starting.

"Total betrayal by the senate and house leadership," she said. "The president and the people who voted for him have been betrayed by speaker Paul Ryan and leader Mitch McConnell. And the people in Kentucky and Wisconsin need to make sure that these guys are defeated in the next election so this president can carry out we elected him to do."

Pirro pointed out that the bill passed by a majority-Republican congress funds Planned Parenthood and sanctuary cities.

"Folks, these are double-talking, two-faced politicians who care only about themselves, lobbyists, their contributions and the next election," she said. "Folks, I want to be real clear: This is not on Donald Trump, this is on the leadership of the Republican party, the very people this president should be able to count on. In truth, the president is surrounded by inept, incompetent warriors. And this bill is a reflection of just that."

"How are you Ann?" Pirro asked.

"Deeply depressed, and you?" Coulter answered.