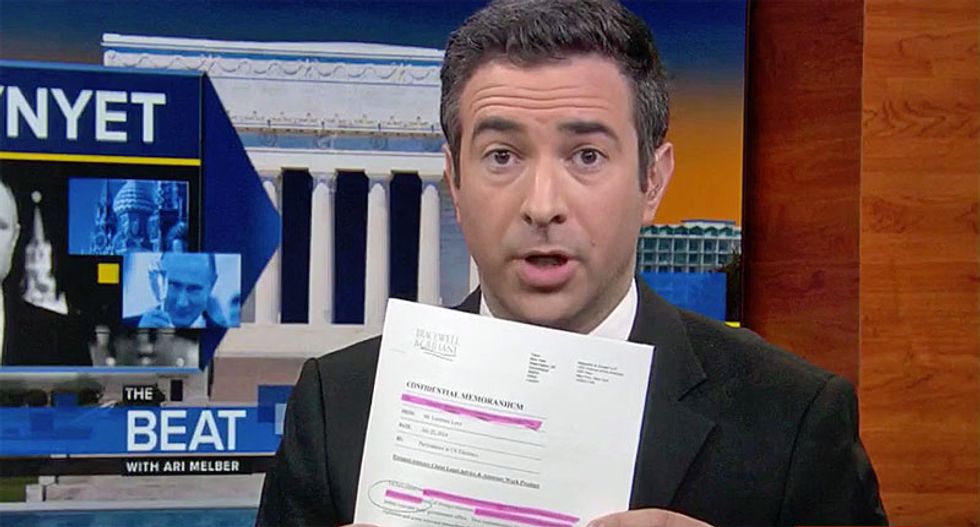 MSNBC chief legal correspondent and host of The Beat Ari Melber reported on the significance of a bombshell legal memo obtained by NBC News.

The existence of the memo was revealed the day earlier during an interview with Christopher Wylie, the whistleblower who exposed Cambridge Analytica's exploitation of Facebook.

"Rudy Giuliani's law firm actually sent us a memo, to Steve Bannon, Rebeka Mercer and Alexander Nix that actually outlined the fact that in the United States you cannot run campaigns with foreign citizens who aren't permanent residents" Wylie recounted "and the company was warned that Alexander Nix should recuse himself of substantial management duties."

"This is not some low level paper work, this is from the law firm of one of Donald Trump's earliest allies, Rudy Giuliani, addressing one of Trump's biggest donors and his future campaign manager and the now suspended CEO of this controversial firm and let me show you what we got," Melber said, holding up the memo. "He warned them, this firm, not to do something that the whistle blower told us they went on to do."