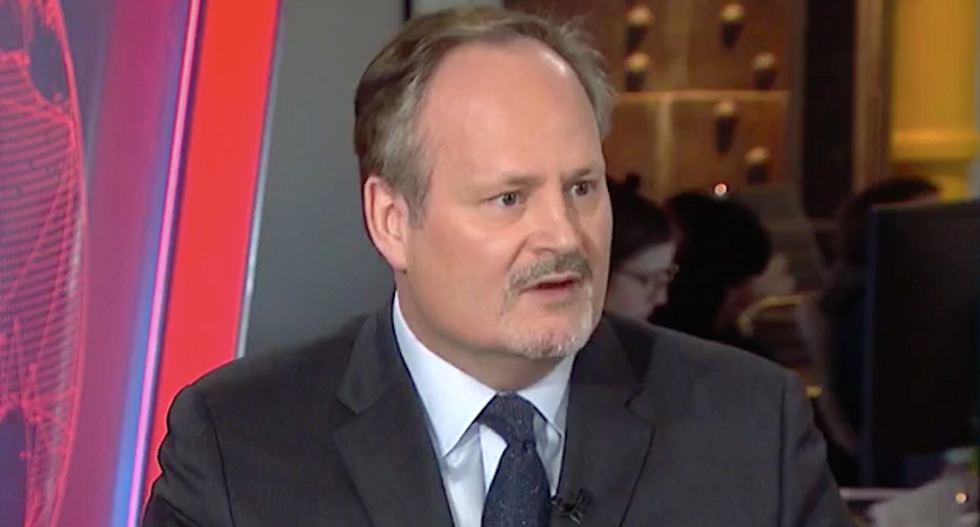 A Trump biographer said the firing of Rex Tillerson was another example of the former reality TV star's chaotic management style -- and he warned things would only get worse.

Tim O'Brien, the author of TrumpNation: The Art of Being the Donald and executive editor at Bloomberg, told MSNBC that he believes the secretary of state was fired for calling out the Kremlin in the poisoning of a former Russian spy in Britain.

"I think the lesson from Rex Tillerson's departure is if you want to keep your job in the White House, don't speak candidly about Russia," O'Brien said. "Yesterday Sarah Sanders went out of her way to avoid honestly answering questions based off the fact pattern about Russia's involvement with the murder of a former Soviet spy in London, and on the same day Tillerson speaks candidly about what -- which he rarely does about these issues -- and the next day he's axed. Sarah Sanders is still there, Rex Tillerson is gone."

He said the White House would continue to lurch from controversy to controversy as long as Trump was in charge.

"This White House is being managed like a clown rodeo," O'Brien said. "Politics aside, partisan politics aside, you can't manage the federal government, the business campaign, your family life, when everyone around you is constantly getting axed. And it's also notable that the two most notorious layoffs of the Trump administration, Jim Comey and Rex Tillerson appeared when both of them were out of town. That's a lack of courage in leadership. If you're going to dismiss somebody, dismiss them to their face."