Trump confidantes tell him he looks guilty by silencing Stormy: 'It's the only reason Trump has stayed quiet' 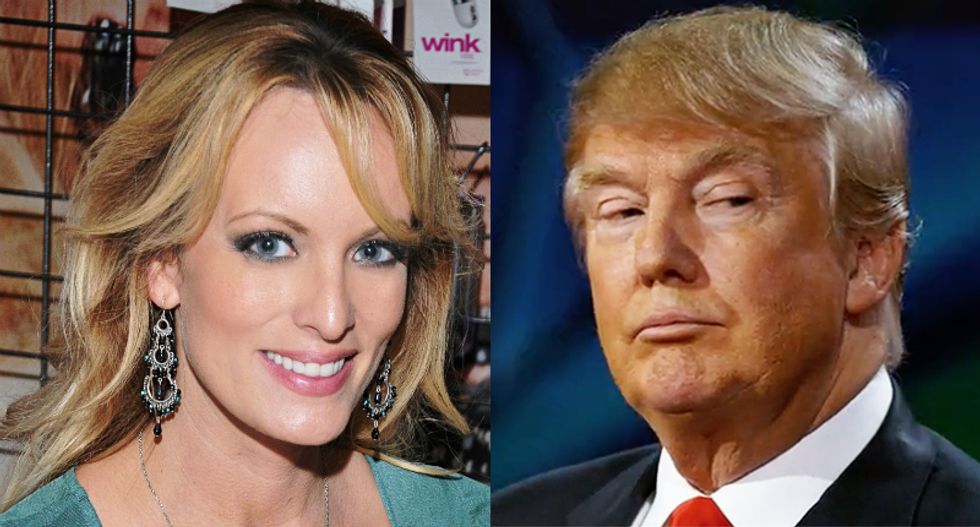 People close to Donald Trump have reportedly warned the president that he looks guilty of having an affair because he is refusing to let adult film star Stormy Daniels speak out about it.

CNN reported on Tuesday that the president was asking his closest friends and advisers what to do about the actress, whose real name is Stephanie Clifford. She is suing Trump and his personal attorney, Michael Cohen, in order to dissolve an agreement that prevents her from speaking about the alleged affair.

"The source [close to the president] said Trump is being told by advisers not to fight Daniels' decision to break a confidentiality agreement because it would make him look guilty. This source said it's the only reason Trump has stayed quiet on the issue and hasn't been tweeting about it," according to the CNN report.

CNN adds: "The source also believes the controversy potentially poses a bigger threat to Trump's presidency than Russia. The difference here compared to accusations from other women is that there's a signed agreement and a payment."

Clifford offered this week to repay Cohen $130,000 in return for declaring the hush agreement "null and void." But Trump's attorney has not responded to the offer.