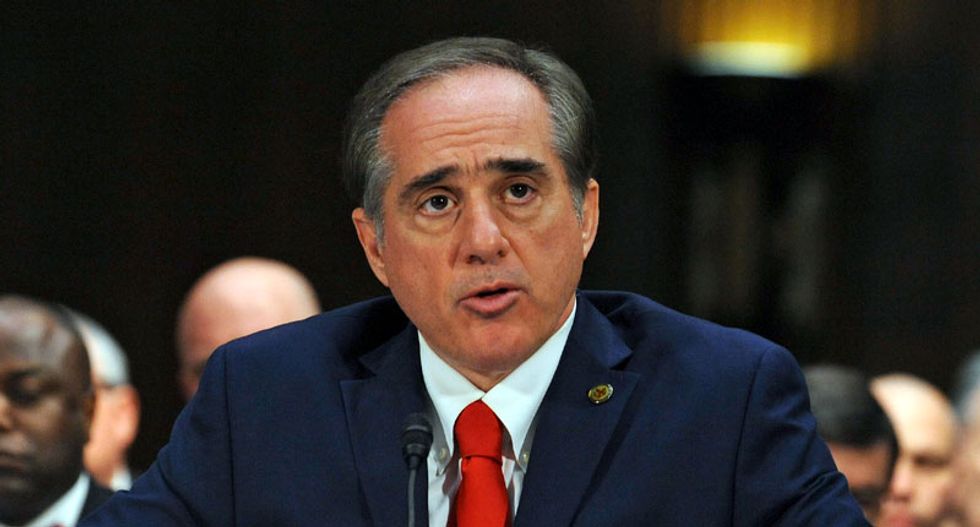 "I am pleased to announce that I intend to nominate highly respected Admiral Ronny L. Jackson, MD, as the new Secretary of Veterans Affairs," the president tweeted.

FiveThirtyEight's Perry Bacon Jr. noted that Jackson was appointed by President Barack Obama to be "the official physician to the president."

Interesting. Jackson is the official physician to the president, a job he was appointed to originally by Obama. Not… https://t.co/8uTG3WJCbQ
— Perry Bacon Jr. (@Perry Bacon Jr.) 1522272858.0

"I serve at the discretion of the president," Shulkin said in a statement following his public firing. "He should have a cabinet member that he is comfortable with."

"In the interim," Trump's thread continued, "Hon. Robert Wilkie of [the Defense Department" will serve as Acting Secretary."

Echoing the tweet-firing of Secretary of State Rex Tillerson, the president went on to thank Shulkin for his "service to our country."

Days before Trump announced that Shulkin was to be replaced, CNN reported that he was next on the chopping block. Along with other former and current Trump cabinet officials, Shulkin has been under scrutiny for months over his taxpayer-funded travel habits after records revealed he spent $122,000 to go to Wimbledon with his wife.