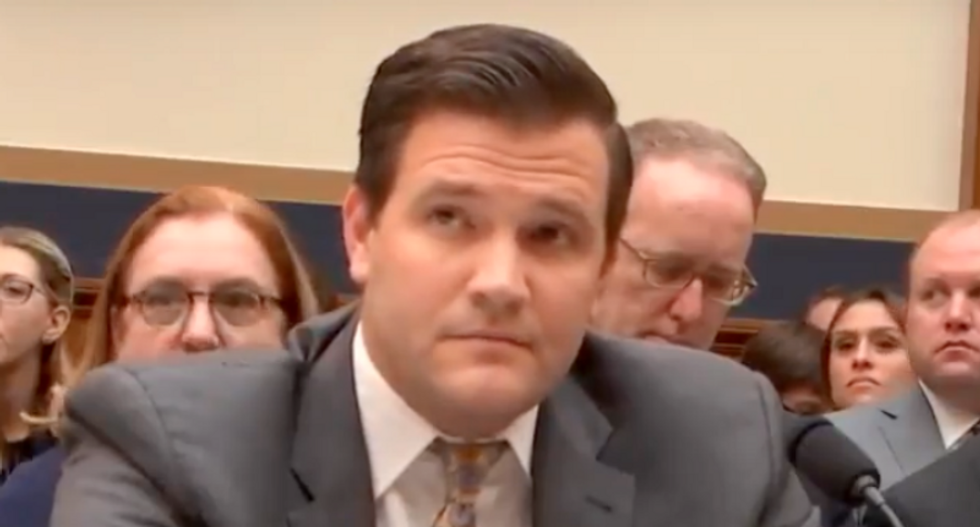 E. Scott Lloyd, the head of the Health and Human Service's Office of Refugee Resettlement, not only believes that undocumented immigrants do not have a constitutional right to abortions — he also forced multiple women under his office's care to give birth when they did not wish to do so.

MSNBC's Rachel Maddow on Thursday night introduced the previously-unreported legal documents set to be used by the American Civil Liberties Union in court against Lloyd tomorrow that alleged he barred multiple undocumented women from accessing abortions and instructed his staff to not allow them to speak with lawyers.

Lloyd, who never worked with refugees prior to taking this job in 2017 and did not apply for the position but was rather appointed, published multiple editorials citing his staunchly anti-abortion views, which extends to opposition to contraceptives. He was grilled on those views by the ACLU in a December deposition, which Maddow played.

"Are there any circumstances under which you would approve an abortion request?" an ACLU lawyer asked him in late 2017 during the clip the host played.

When trying to force a 17-year-old rape victim to carry to term a pregnancy that resulted from her assault, the ACLU alleged in documents provided to Maddow that Lloyd instructed his staff to remind her that her child would be a citizen because it was to be born in the United States and that the procedure may further traumatize her. He reportedly also told staff "to not let pregnant girls meet with lawyers to get an outside approval from a judge for an abortion."

The girl was eventually able to get an abortion — but only after someone near her tipped the ACLU off and they took him to court. Along with the 17-year-old Jane Doe who worked with the ACLU, Lloyd has attempted to force at least three other refugee women to carry pregnancies to term against their will, and it's unclear whether or not he was successful.

Watch Maddow outline the case below, via MSNBC.