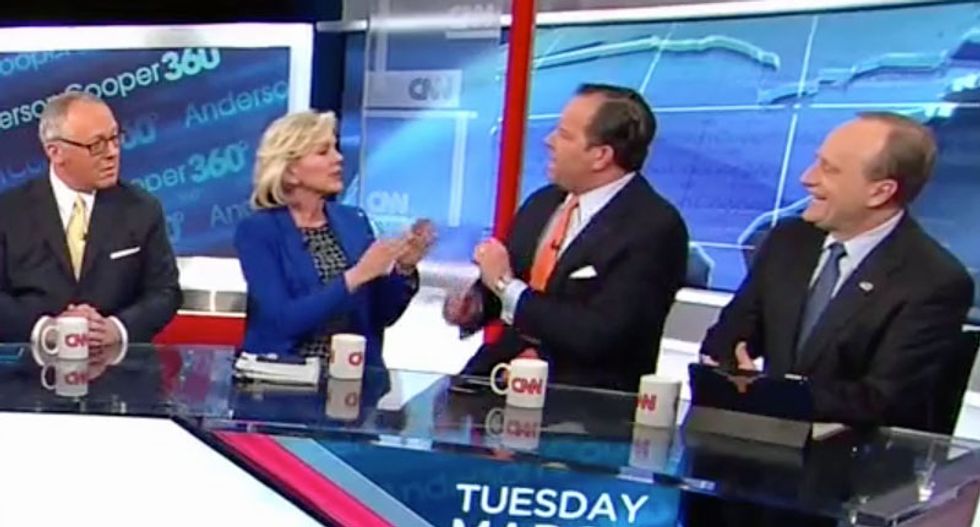 "By sucking up to Putin?" Begala answered.

At that point, Cortes attempted to claim Trump's "words" have been harsh on Putin, which caused all of the panelists at the table to jump all over him at once.

Though all of the cross-talk was difficult to decipher, it did not appear that the panel agreed with his contention that Trump has had harsh words for Putin.