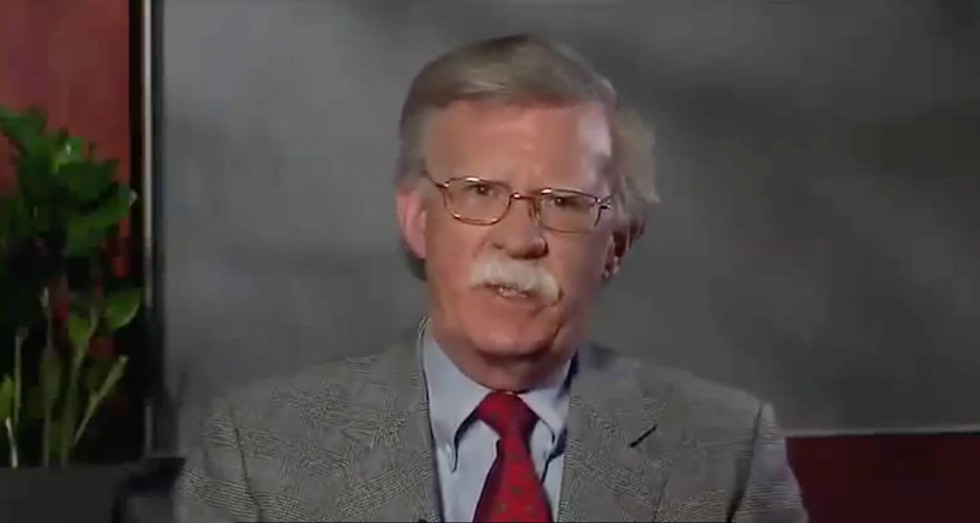 Bolton was formerly George W. Bush's ambassador to the United Nations. Not only did Bolton lie about Iraq having weapons of mass destruction—he maintains that he was right to do so.

Bolton is also an ardent authoritarian who has told other Trump staffers to "toe the line or resign," and he led an organization that employed disgraced data firm Cambridge Analytica.

Bolton also has ties to Russia. In 2013, as NPR reports, Bolton saluted "a new era of Freedom for the Russian people" under Putin in a video made for The Right to Bear Arms, a Russian gun-rights group launched by Putin ally Alexander Torshin.

Bolton wanted Russia to loosen gun laws to "better allow for the protection of mothers, children and families."

"Good luck on your journey into a new century of freedom," Bolton said.

"This right has assured Americans of their freedom to engage in two critical acts of survival: the gathering of food and the protection of their families by all appropriate means," Bolton says. "Our right bear arms does not detail what types of arms those may be, an important point that allows for both the evolution of technology and the evolution of responses to threats not then or yet imagined."