WATCH: MSNBC's Joe and Mika hint that Melania may be close to leaving the White House over Stormy Daniels 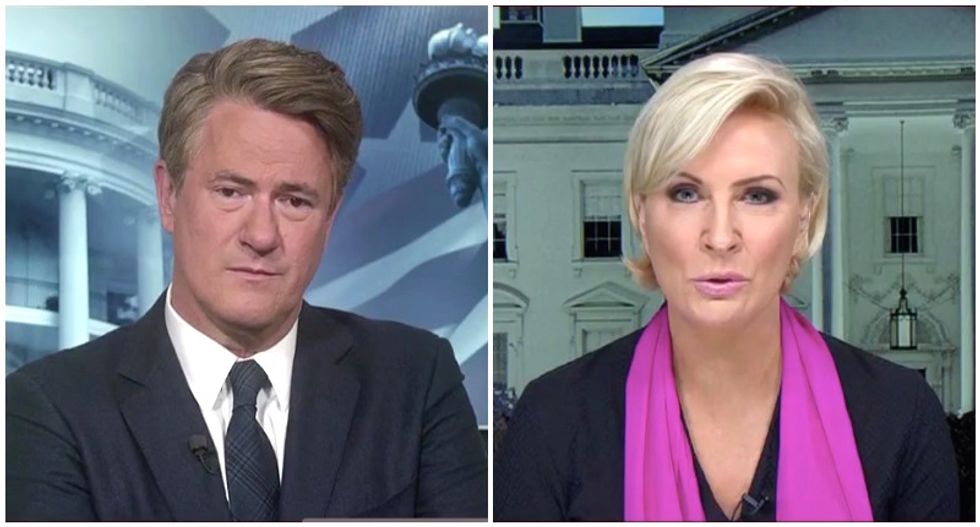 MSNBC's Joe Scarborough and Mika Brzezinski hinted they're hearing from inside sources that President Donald Trump is worried the first lady might be planning to leave the White House.

Brzezinski suggested in an earlier segment that Melania Trump may have signed a non-disclosure agreement with her husband, like adult film star Stormy Daniels -- the "Morning Joe" co-hosts later said the president may be uncharacteristically silent on the matter out of fear for his wife.

"Melania Trump wields so much power at this point in time," Brezinski said. "She could make a decision that would stop Trump in his tracks on many levels, especially if she decides to leave the White House."

The co-hosts famously gossip during commercial breaks about topics they're unable to address during the broadcast, and Scarborough hinted they may be hearing some particularly juicy gossip from their White House sources.

"Everybody that we've spoken with over the past three or four days, trying to figure out what's going on in the White House all go back -- it all goes back to Melania Trump," Scarborough said.

"If she wins this case, does that open the floodgates?" Heilemann said. "Then there's one other matter which people talk about a lot when they speculate about this question."

"Is there a prenuptial agreement between Melania and Donald Trump, and what does that say and why is he concerned about the timing of these allegations and whether or not the allegations he faces from Stormy Daniels or other women?" Heilemann added. "Where do they fall in the arc of his relationship with Melania Trump and what legal implications might that have for whatever prenup he certainly has with his current wife?"