WATCH: Whoopi Goldberg goes on epic rant about politicians wasting money instead of helping the poor 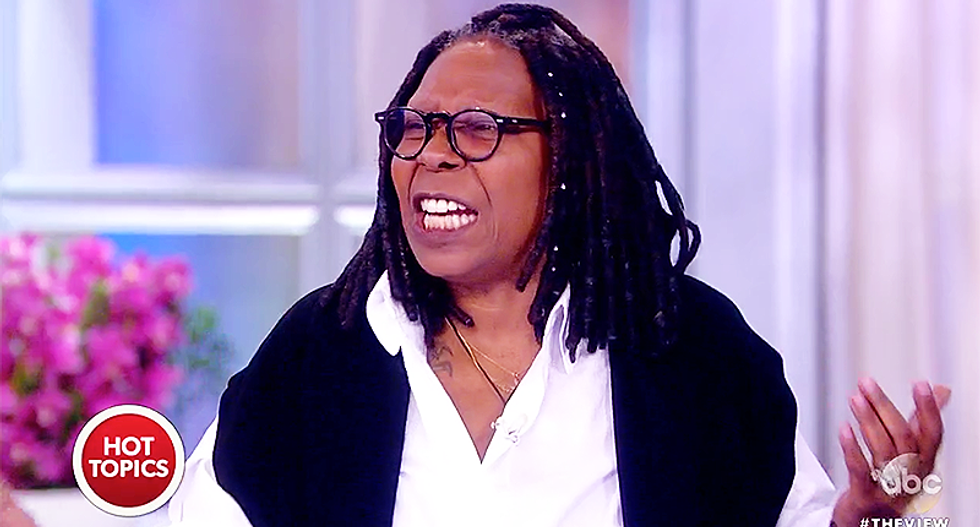 During a discussion about former "Sex in the City" star Cynthia Nixon's candidacy for New York Governor, the women of "The View" couldn't help but note that America has seen what happens when an unqualified person is put in power.

"I'm more concerned, quite frankly, on the portion of [her] statement, because, just because you played played a Harvard educated lawyer on TV doesn't make you qualified to be governor of New Yofrk," Sunny Hostin said. "Haven't we already see how having someone that's unqualified can't govern the United States?"

That's when Whoopi Goldberg cut in to demand that Nixon explain some of the important issues facing the state.

"We have 900 places you can get bicycles like this," she said, annoyed. "They put those bicycle things up in 14 minutes. But you can't find time or money to clear the mold in the projects. See, I hold everyone accountable. that's what I want to hear out of somebody who wants to run the state, this state, or this city."

She went on to demand to know why they're being put up when so many other things need to be done in the city.

"You can't spend two cents to get that mold out of these buildings," she repeated. "You know, for me, I have an issue, because now they're also trying to say, 'Oh, if you live in New York, if you come into New York City, you have to pay some money because you came into the city. They call it a congestion tax. But they have congested the streets themselves! All of that, so I think it's a setup."

Joy Behar noted Trump is attempting to do the same thing with reckless spending like his military parade, which could cost more than $30 million. The border wall he wants to build would be another $30 billion or more.

"And yet Puerto Rico is still in the dark," Behar recalled.

"There is suffering all country and nothing is done," Behar said. "So, the priorities are messed up and that's what you're describing smaller level."

Goldberg said that the city has always been a great city and that she and Hostin both grew up in the projects.

"The projects I grew with, that would have never held," Goldberg said. "The state of New York gave money to the city and the city of New York, I don't know where the money went but I'm a little pissed about it! This is basically say people, 'We don't care.' And this is New York City and we do care!"

Stop The Mold NY tracks cases of mold in public housing in the state.

Watch the epic rant below: