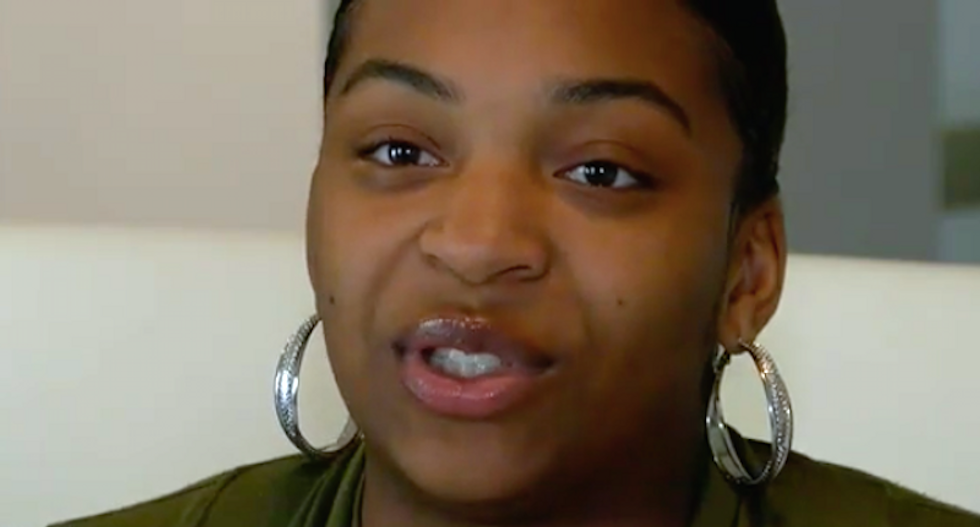 A North Carolina teen says she was explaining why the N-word was so hurtful when a white classmate interrupted her with a racist remark.

Kaliya Hill, a black 11th-grader at Central Cabarrus High School in Concord, was making a classroom presentation when the boy whispered the comment and then repeated it, reported WJZY-TV.

"My argument was that we were taken from our country and that our names were changed and the N-word was used to degrade us of our worth," Kaliya said.

That's when the white teen interjected.

“The white student said, ‘Go back,'" Kaliya said. "He whispered it like no one was supposed to hear it. Everybody stopped and asked him to say it again. He said, ‘Go back.'"

The boy was punished with one day of out-of-school suspension, according to a disciplinary note from the school, but Kaliya and her parents say administrators waited too long and gave too light of a punishment.

"I'm a cheerleader, I run track, I support the school," Kaliya said. "In the meantime, I’m feeling this way inside, that I’m being looked upon as different when I’m like everybody else.”

School officials declined to comment on the incident or the disciplinary action, and a school spokesperson did not respond to the TV station's request for comment on how the district was handling racism.

The boy's father told the TV station his son had received threats, and they hoped the situation would soon blow over.