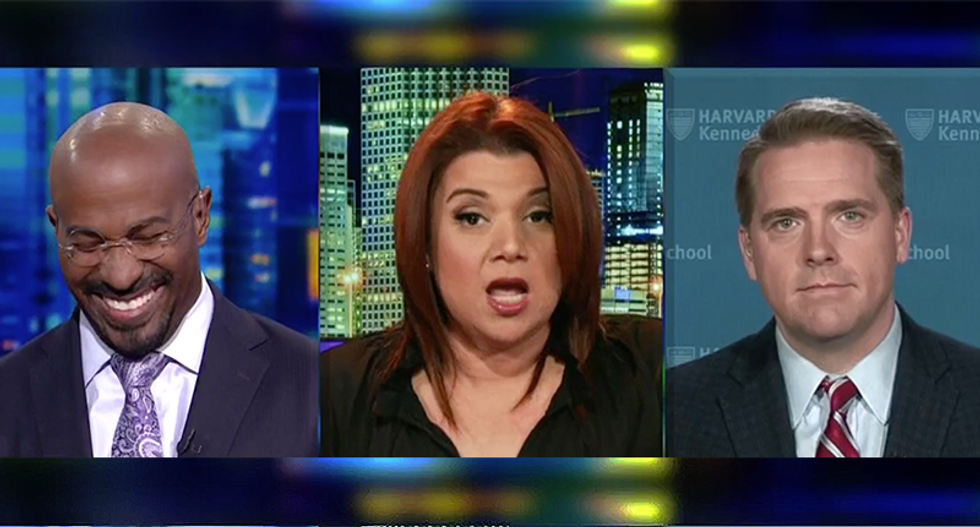 "I think Scott Pruitt is under attack largely because he's been the most effective member of Donald Trump's cabinet," Jenkins claimed. Pruitt's efforts have been halted at every turn with legal challenges.

Host Don Lemon asked who was attacking him. Jenkins listed off everyone from "disgruntled employees" to "a lot of people right now because he's been effective."

Former White House staffer Van Jones noted he didn't think Pruitt was under attack as much as he's "doing things that are despicable." He went on to tell Jenkins that he was shocked to hear a conservative cast aside such irresponsible spending on useless things.

Navarro, who kept accidentally calling Steve Mnuchin Steve Munchkin," noted that Pruitt's problem is that his flubs aren't happening in a vacuum, other cabinet secretaries are doing the same.

"There is one more chapter in this telenovela," she said. "In the sense that we've heard about excesses by Ben Carson, by Munchkin-Mnuchin-whatever. It is $130,000 doors or $130,000 lunch tables or jetting around to see an eclipse. This is one more instance of what we're seeing after Donald Trump promised to be different, and the Republican Party again and again looks the other way. Whether it's Stormy Daniels or tariffs or deficits or overspending. They look the other way. If this were a Democratic administration, people would be brought in to testify and there would be investigations."

She argued that the GOP-led Congress has essentially given the White House a pass on everything that they once held as an essential tenant of their party.

"I will say to you, the problem with that [Scott Pruitt] interview is -- I mean first of all, it was so bad it made Betsy DeVos look like Albert Einstein," she continued. "But more than that, he went around the White House to give his buddies and cronies a huge pay raise despite the White House was saying not to do it. That should really bother us, as republicans, as Americans, as taxpayers. That is our money that he is misspending and it should bother all of us despite partisanship."

Watch the full debate below: