Assassin James Earl Ray’s attorney still convinced he was a pawn in conspiracy: ‘Dr. King just wasn’t on his radar’ 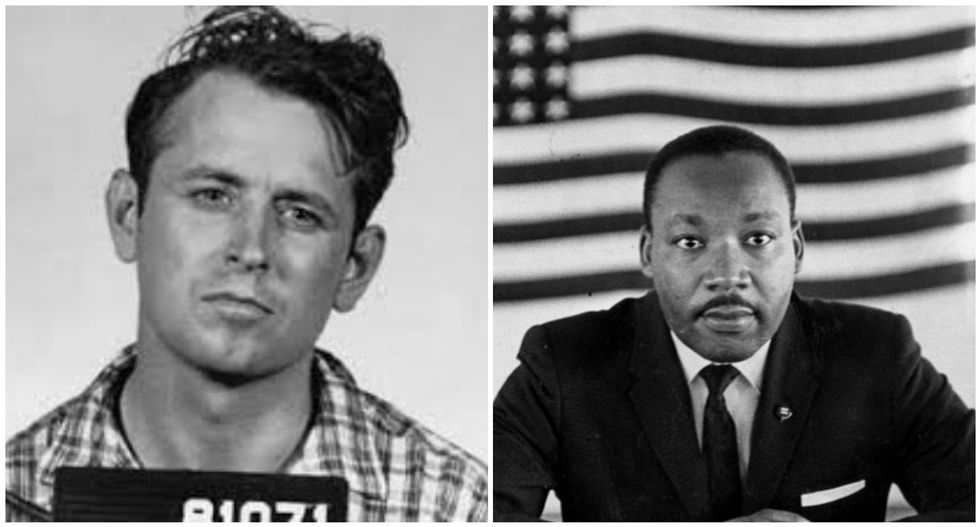 The former attorney for James Earl Ray remains convinced that his onetime client was merely a pawn in a broader conspiracy to assassinate Martin Luther King Jr.

Attorney Art Hanes Jr. was 26 years old when he and his father, also an attorney, received a letter from a man asking them to represent him in a murder case for a crime he didn't commit, reported AL.com.

The father-son duo from Birmingham, Alabama, flew to London to meet their new client -- unaware that he was Ray, the only suspect in King's April 4, 1968, killing.

Police quickly settled on Ray as the assassin after finding a Remington rifle covered in his fingerprints wrapped up in a package outside a boardinghouse that faced the Lorraine Motel, where King was fatally shot while standing on a balcony.

Hanes became convinced his client was innocent -- as the King family has over the years -- and had been set up by a man called Raul, who Ray said had enlisted him in a scheme to smuggle some rifles to Cuban rebels.

"We were morally convinced that he was going to be acquitted," Hanes said. "The state was bound to the theory that James Earl Ray, acting alone, killed Dr. King. The evidence, we thought, totally belied that."

Ray told his attorneys he had bought a Browning rifle in Birmingham, but Raul told him it was the "wrong" gun and exchanged it for a Remington.

The day of King's killing, Ray said, Raul sent him away from the motel to buy some binoculars to sell to the rebels, but Ray said he sensed trouble after coming back to the boardinghouse.

"He realized something bad had happened, and being a lifelong con he could smell when the police were moving around," Hanes said. "So he just got in his car and left."

Hanes told the newspaper that he believes Ray financed his flight to London through a string of petty crimes, but he said Raul could have paid for his getaway.

The day before Ray's fall 1969 trial was set to begin, he abruptly fired Hanes and his father.

"Thank you for all you've done, but I've decided to change lawyers," Ray told the father and son in a note.

Hanes had spent the Friday before the trial preparing with Ray before leaving for Birmingham to pick up his father, and he later learned that attorney Percy Foreman had come to see the accused killer.

Foreman convinced Ray to change lawyers days ahead of his trial, and he left a note for Hanes and his father that Sunday.

"The trial did not proceed," Hanes said. "Thursday of that week, Ray was calling us, writing us, saying 'Fellas, I've made the worst mistake I've ever made in my life. All this guy wants me to do is plead guilty.'"

However, the Hanes team did not go back to work on the case, and Ray decided to enter a guilty plea and immediately renounce it.

Hanes said he and his father had hoped to try the case before an all-black jury and focus entirely on the hour around King's killing, without political or racial overtones.

"I was horribly disappointed," he said. "That remains one of the greatest disappointments of my career. I wish very badly that we had tried that case."

Hanes said physical evidence points away from Ray as the killer, saying he has held the bullet that killed King in his hand and could tell the distinct markings did not match the Remington.

He said Ray didn't have a motive, despite what police and prosecutors have said.

"Dr. King just wasn't on his radar screen," Hanes said. "He wasn't political...that just wasn't part of his life or his makeup."