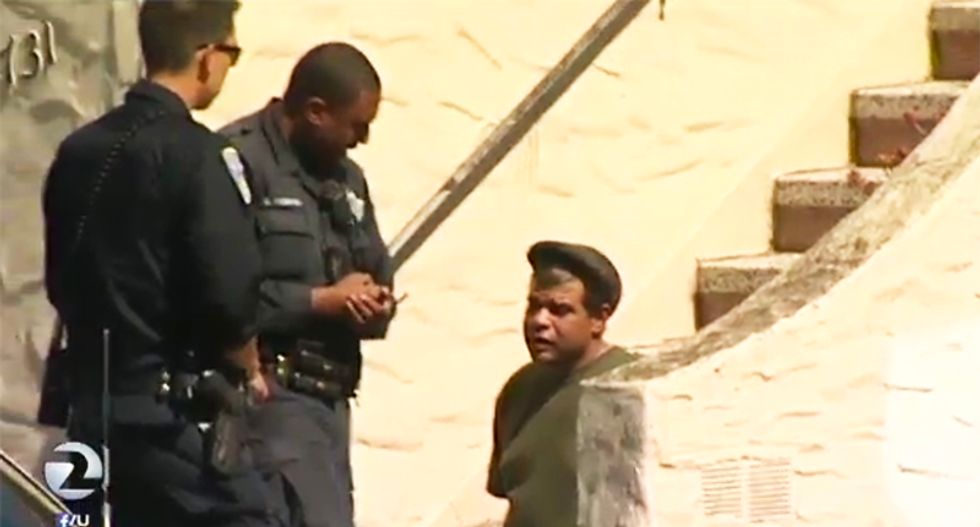 A man who was part of a group who were attacked by an axe-wielding man in San Francisco last week told a court on Monday that their assailant yelled anti-Hispanic racist slurs at them before he allegedly killed one of them by ramming them with his van.

Appearing in court, Valentin Benitez Cruz said he was part of the group of men who were returning from fishing when they were confronted by Dennis who exited his van and yelled racist slurs at them.

"First, he attacked us verbally," the tearful Benitez Cruz told the court.

According to a police report filed with the court, Dennis went back to van, grabbed a bottle and threw it at the group, then grabbed an axe and came at them, however they were able to wrestle that away from him

The police report states that Dennis then got into his van and rammed the men on the sidewalk, killing 43-year-old Eliseo Lopez and hospitalizing the other four other men.

Addressing the court, Benitez Cruz said, "Nobody should die this way."

Dennis' arraignment was held over until Thursday and he remains in custody without bail.