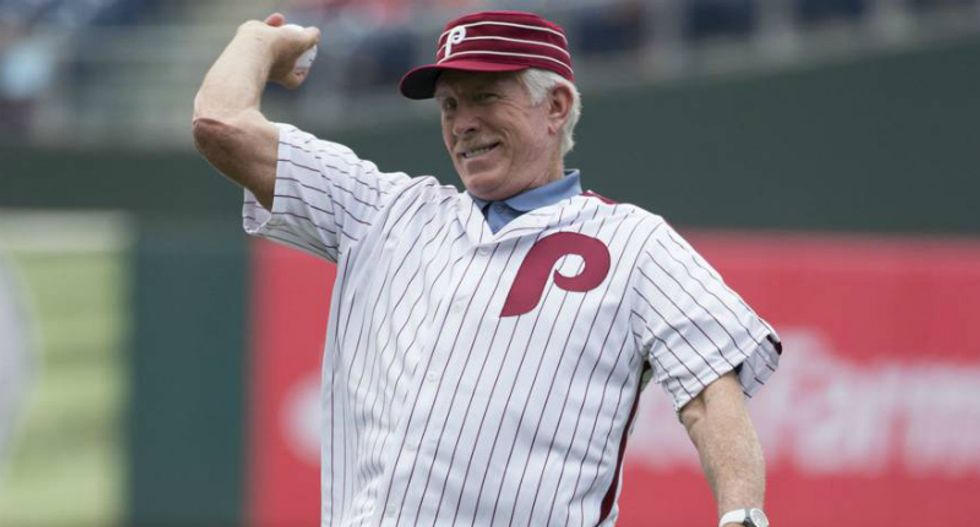 A baseball broadcaster and Hall of Famer took pot shots at both the "Me Too" movement and his wife when attempting to make a joke about a player's injury on Sunday.

Delaware Online reported Monday that former Phillies player Mike Schmidt was broadcasting when he made a comment about Atlanta Braves' Brandon McCarthy, who had recently dislocated his shoulder. McCarthy's wife Anna joked that her husband "still can't do the dishes" due to the injury when Schmidt, in response, said that he has a dishwasher in his house — his wife.

"That was bad, huh?" Schmidt said immediately after. "Actually, I do the dishes most of the time."

Schmidt then appeared to suggest there should be a "Me Too" movement for men who do the dishes.

As Delaware Online and other outlets have noted, Schmidt and the Phillies have been under fire for the insensitive comments.

"I tune into a game on Sunday to relax and I hear this guy joking about sexual assault," one Twitter user noted. "I don't care if he's a hall of famer, hire a real broadcaster."

"Mike Schmidt is a clown and an embarrassment," another user said. "Get him out of the booth."

Philadelphia radio producer Brian Coulter, meanwhile, quipped that he was "hearing reports that Mike Schmidt made a very bad joke again," a possible reference to the Phillies star's history of sexist and racist comments.