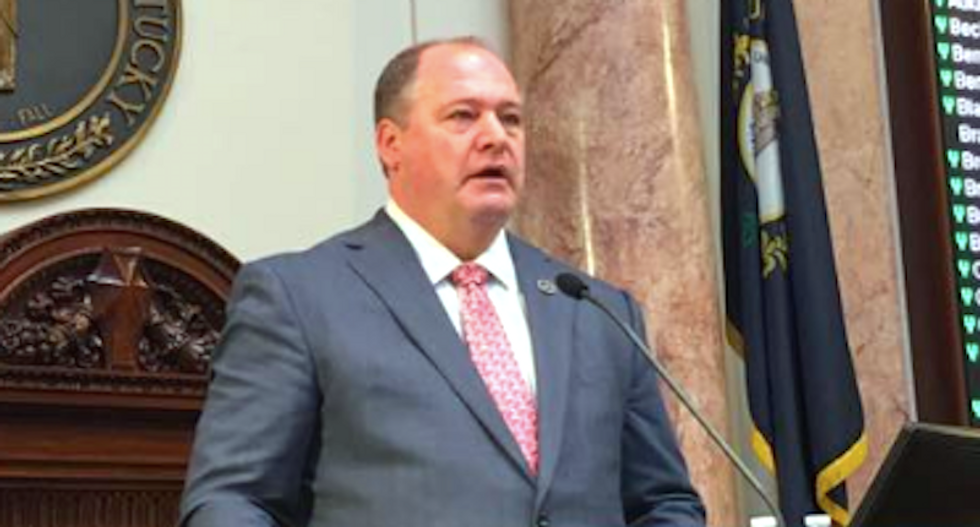 Kentucky's first Republican Speaker of the House since 1921 has accepted a settlement that allows him to keep his statehouse seat despite a sexual harassment scandal.

Jeff Hoover (R-Jamestown) resigned as House Speaker in November and tearfully admitted to exchanging "inappropriate text messages” with a legislative staffer in his office and begged forgiveness, reported the Lexington Herald Leader.

The Courier-Journal reported last fall that Hoover had secretly settled a sexual harassment claim brought against by the staffer, and Herald-Leader followed up with a report that the claim also alleged harassment claim against Rep. Brian Linder (R-Dry Ridge), Rep. Michael Meredith (R-Oakland) and Rep. Jim DeCesare (R-Bowling Green).

Gov. Jeff Bevin and other elected officials had called for Hoover's resignation, but he stepped down as speaker after less than a year and fought to hold onto the seat he's held since 1997.

Hoover, who frequently posted Bible verses and family values statements on his Twitter account, insisted he never engaged in "unwelcome or unwanted conduct" and denied having "any sexual relations of any kind" with the staffer.

The lawmaker reached a settlement Tuesday on the complaint with the Kentucky Legislative Ethics Commission.

“It’s more than a slap on the wrist,” said Mike Malone, prosecutor for the ethics commission.

The agreement allows Hoover to keep his legislative seat and keep details of the alleged harassment secret.