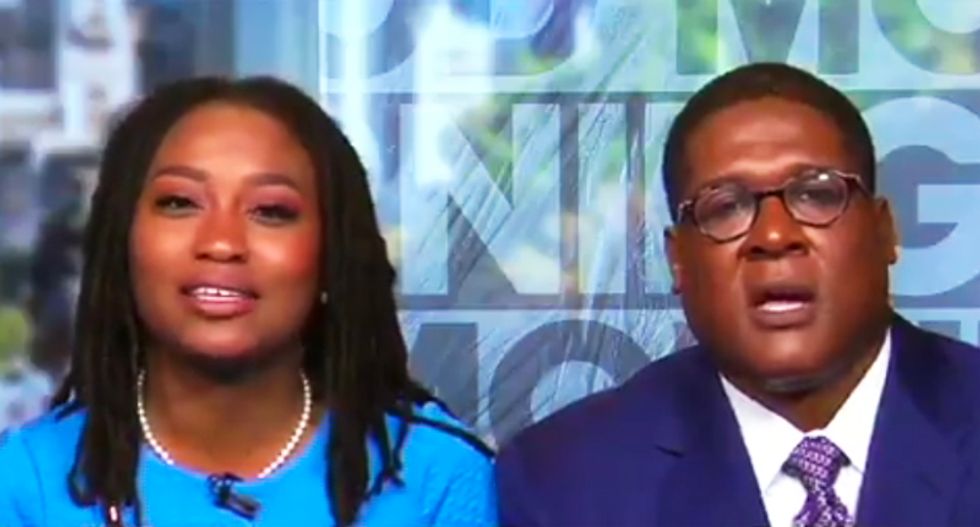 Appearing with "Good Morning America" host George Stephanopoulos, the spokespersons for comedian Bill Cosby attacked the guilty verdict a jury in Montgomery County, Pennsylvania delivered against their client, with publicist Ebonee Benson comparing the result to the lynching of Emmett Till.

Speaking with the host, spokesperson Andrew Wyatt got right to the point, saying, "This became a public lynching.”

Sitting with Benson in a Norristown studio, the two attacked the three guilty verdicts handed down over accusations of sexual assault.

“You’re saying all these women, all 60 of these women are lying?” Stephanopolous asked.

Wyatt then jumped into attack attorney Gloria Allred, saying she was selective in which Cosby victims she represented while adding a further racial component despite the fact that not all of Cosby's accusers are white.

“What Gloria Allred was able to do, what she did, was take a salt and pepper shaker — she shaked [sic] out a lot of salt and sprinkled in a little black pepper,” Wyatt charged. “And the south came east. And that’s what we saw.”

Emmett Till, a black 14-year-old, was lynched in Mississippi in August 1955, after a white woman accused him of grabbing her by the waist and making crude comments in a grocery store. Years later his accuser recanted her charges.

You can watch a clip of the interview below via Twitter: