Bill Maher bets a doubting Geraldo $1,000 there's something 'there' to the Russia investigation 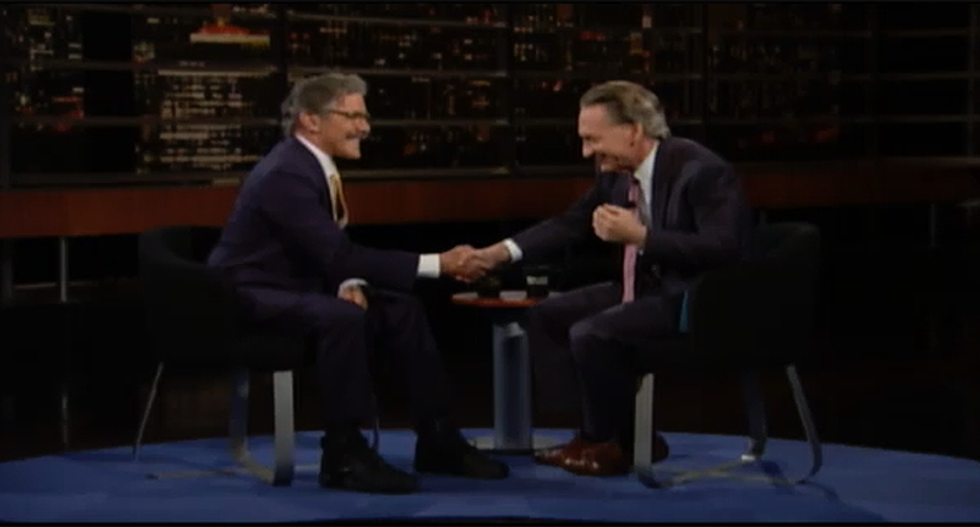 During a conversation with Fox News commentator Geraldo Rivera about the Russia investigation, HBO host Bill Maher agreed to bet that Robert Mueller's investigation ultimately turns up something.

Maher brought up how Rivera was once a respected investigative reporter, however, now "you are the spin."

Rivera then tried to explain that President Donald Trump has always been a very nice person to him.

"He's running the world now! What does it matter if he was nice to you at Thanksgiving?" Maher asked Rivera.

Rivera then railed against Maher for claiming that Trump lies about everything and is a horrible person. Maher tried to explain that it's a lot like O.J. Simpson, where "he can be nice to you and be awful to someone else."

Rivera tried to pivot to talk about the O.J. case before Maher tried to turn it back to talking about Trump. Rivera maintained that Trump has always been nice to him, which Maher tried to explain was because it's between the two of them.

"TO YOU!" Maher shouted. "I get it that he has seduced you personally. You can't overcome that?"

Ultimately, all Maher could do is close, "There are good people on both sides of this debate."