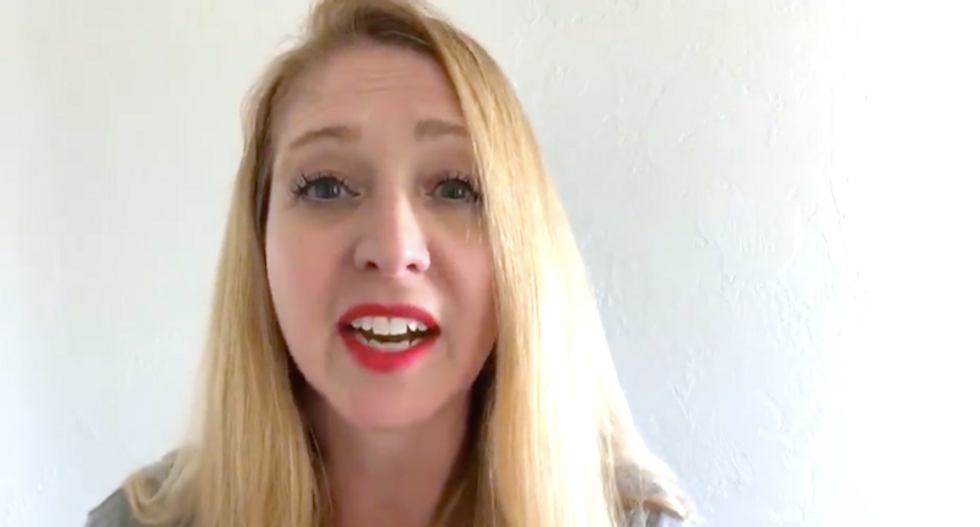 An Oklahoma teacher posted a Facebook video mocking a Republican lawmaker who claimed -- with admittedly no proof -- that protesters were bussed in from Chicago and paid to demonstrate for education funding.

State Rep. John Enns (R-Enid) floated rumors Wednesday that 25 percent of the demonstrators this week at the state Capitol were paid actors from Chicago, according to a constituent, and he repeated those claims when asked to comment, reported KFOR-TV.

“This is off the record, right?” Enns asked reporters, who told him no. “I’m just saying that’s what I heard. I was told that there were paid protesters down there."

The GOP lawmaker was unable to provide any proof of his claims, and he refused to say whether he actually believed the rumors he was passing along.

Stephanie Cline, a teacher from Moore, posted a Facebook video mockingly showing these supposed actors how to sound like an authentic Oklahoman.

"Oh, bless your heart, Joey" Cline says in an exaggerated southern accent. "Now remember, this happened before. Whenever your textbook starts falling apart because it's so old, we have tape -- remember? Little Suzy's mom came and she donated some, so now we have some more and we're going to fix that, okay?"

She then told the imaginary student his textbook was lucky because it had once been used by 41-year-old country star Blake Shelton -- whose old reading book is actually still in use 35 years after he signed his name into it.